Preparing for an uncertain future

A joint event organised by The Farmers Club, BCPC and The Voluntary Initiative.

The British Crop Production Council (BCPC) and the Voluntary Initiative jointly held a one day conference at The Farmers’ Club London on 10th July to give consideration of the practical considerations and possible solutions for the UK farming community, to help it start preparing for life outside the Common Agricultural Policy (CAP).

Presenting to a full-house the speakers in the morning session – Will Gemmill (Head of Farming, Strutt & Parker), Guy Horsington (DEFRA Head of Future Farming Policy), Guy Smith (NFU Vice Presisident) and Cecilia Pryce (Head of Research, Openfield) – covered some of the problems likely to be facing farmers, and the need to plan for change now, even though the Brexit discussions have hardly started and politics within the UK has not settled after the second election. In the Queen’s Speech there were two new bills – one on agriculture and the other on fisheries – the first Agriculture bill since 1947, but progress on defining the impact, with the current uncertainty in Parliament, may take a long time to complete.

There was a consensus that farmers will get fewer subsidies and these will be directed at environmental improvement and rural development rather than area payments, which are considered to provide undue benefits for arable farmers and large landowners. A big challenge for UK agriculture was illustrated by the increased costs of the UK abiding by high animal welfare standards; production of pig meat has declined and been offset by imports from countries that are not necessarily maintaining the same standards. In the UK, the cost of producing wheat varies considerably among farmers, with few keeping costs below £125 per tonne, while about 20% had costs over £175 per tonne. The key question is – how can farmers get production costs down with skilled labour costs higher than in other countries? Can costs be reduced by using new technology and data?

Currently 80% of the regulations affecting agriculture come from the EU, but it will take time to sort out what changes can be made after Brexit and there are unlikely to be major beneficial changes soon, even though there is political will to return to a scientific risk analysis of using plant protection products rather than the precautionary principle. There will be logistical problems with increased exports of cereals to other continents which will require much larger tankers taking greater quantities of cereals in one shipment, yet these will be required to offset reduced exports to the EU and imports of the wheat required for bread in the UK.

In the afternoon, Jim Orson (NIAB, BCPC Board of Management, and VI director) began by showing how wheat yields had benefitted by the arrival of herbicides to control broad leaved weeds, followed by the short-strawed varieties which yield higher. The application of fungicides also improved yields – but these have now plateaued out. He gave an account of how a farmer changed to a seven year crop rotation, namely winter barley; winter oil seed rape, winter wheat, sugar beet, winter wheat, spring barley/spring beans and winter wheat. This was accompanied by shallower cultivation and only using glyphosate four times in 7 years. Using the rotation there was less flea beetle attack on oilseed rape. The soil benefitted by having a long-term plan improving the biomass in the soil, and farmers were getting more interested in brassica cover crops.

Northants farmer Andrew Pitts also commented that the Government, stimulated by the environmental NGOs, wants an increase in environmental management and will reduce area payments, and farmers need to look hard now at their costs of production. He demonstrated how by using yield and soil maps it was possible to sort out which parts of a farm were most profitable. By cutting out the worst 10% performing areas of fields, and use them in creating wild flower meadows to attract pollinators and natural enemies of insect pests, it was possible to increase an overall return of £126 to £565. Increase this to removing the worst 20% poor yielding areas and the income rose to £992. He commented on the need to work together on a landscape scale to achieve sustainable integrated management plans for a living environment.

This theme was followed up by Chris Musgrave (Managing Director of Musgrave Management Systems) with his presentation Profitable farming with care for the environment by embracing change. With farmers working together, much more can be achieved than as individuals. He gave examples where farmers have grouped together; the Marlborough Downs Nature Enhancement Farming was the one farmer-led proposal to Defra – which was chosen out of a short list of 12 projects to enhance our environment. One outcome has been stringing a necklace of ponds on a ribbon of wildflower-rich habitat, linking them to one another and to grassland and woodland wildlife sites. See https://www.spacefornature.net/. He ended with a quote from Socrates — ‘The secret of change is to focus all your energy, not fighting the old, but on building the new.’ Anew generation of farmers will need to be supported, starting now, to succeed in this time of unprecedented change.

A day for professionals in the farming sector

Stephen Howe, Farmers Club Member and a Trustee of the British Crop Production Council explains the relevance of this important event for farmers and the industry in the run-up to Brexit.

“Despite the fact that the UK leaves the European Union in less than two years at the end of March 2019, there remains huge uncertainty about the prospects for UK farmers and the countryside under their care. Following the success of The Farmers Club’s Brexit Debate last year, and the Secretary of State for Environment, Food and Rural Affairs’ address to members on 24 April, the Club has joined forces with The British Crop Production Council (BCPC) and The Voluntary Initiative (VI) to stage a one-day conference. The event will highlight the practical considerations and some possible answers to remaining profitable once the sector is operating outside The Common Agricultural Policy. Although much remains uncertain, it’s clear that science and stewardship hold to the key to the success of British arable production as we leave the EU.”

“It’s unlikely there will be any relaxation in environmental regulations, so I’m delighted that The Voluntary Initiative for pesticide stewardship and The British Crop Production Council, who promote science, best practice and innovation in agriculture, have come together with the Farmers Club for this follow-up event to help shape the future of British Agriculture,” says Richard Butler, Chairman of the VI and recent Chairman of The Farmers Club.

All  three organisations, which are not-for-profit and dedicated  to championing and improving the well-being of UK farming and the countryside, agree that science and compliance hold the keys to profitability for arable and mixed farmers as they come to terms with an increasingly challenging global market place.

One of the major concerns, shared by most in the farming community, is that support payments will eventually reduce or disappear, while environmental targets will increase. Given the structure of UK arable farming, coupled with the many short-term constraints outside farmers’ control such as climate, currency and price volatility, trade and politics, it will be increasingly difficult for arable and mixed farms to compete in global markets.

“Because of that it is vital that our industry challenges the Brexit uncertainties in a united way,” says Colin Ruscoe, BCPC’s Executive Chairman.

“Farmers, their organisations and suppliers, including the UK’s excellent R&D and educational sectors, must now convince consumers and the UK government that our agricultural industry is worth supporting as the ‘Battle of Brexit’ gets underway. That won’t be easy but fortunately for the UK, its farmers, and the agricultural sector as a whole, are resilient and will find ways to succeed and benefit from the growing world population, its demand for food and UK consumers’ appetite for quality, traceable produce,” predicts Dr Ruscoe.

The economic impact, timescale and implications of Brexit for arable and mixed farming in the UK. How global farming businesses have managed to compete successfully on world markets by changing farming systems and reducing production costs.

DEFRA’s Response to the Brexit Challenge

It’s less than two years to go before the UK is scheduled to leave the EU. What plans does Defra have to support our world leading food and farming industry and sustain a thriving rural economy as farmers battle to remain profitable while protecting the environment?

Reaching out to Global Grain Markets

Finding ways to increase the competitiveness of UK wheat and other combinable crops in international markets is likely to become even more challenging. Growing quality crops and full traceability hold the key to success.

Meeting the Challenge of Brexit – The Farmers’ Perspective

Jim Orson, BCPC Board of Management and Independent VI Board Member

Based on his experience gained working alongside the Salle Estates in Norfolk, here’s how science and compliance together with more diverse rotations can help deliver yield increases; improve black-grass control; and reduce a reliance on pesticides.

Profitable Farming while caring for the Environment

Diversification away from mainstream farming, while taking advantage of various environmental schemes for maximum effect, is helping three estates in the Marlborough Downs area to remain profitable with an emphasis on first wheat production with breaks of spring barley and poppies

There are valuable lessons to be learned from successful public/private partnerships operating outside of agriculture. Those could be used as a model to help famers maintain financial margins while delivering more focussed environmental benefits. ‘Carrot’ rather than ‘stick’ approaches, with relevant measures and rewards for success, will be essential. 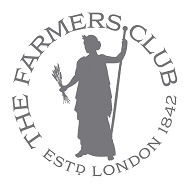