Advisory Board Members contribute, individually and collectively, to delivering the charitable objectives and business of BCPC and so the wider NIAB, through providing advice and/or direct involvement on:

Members are also involved in ad hoc meetings and other activities to assist the delivery of Publications, Congress, Working Groups and other events. 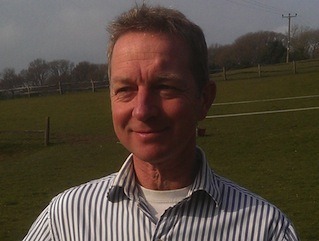 Julian Westaway has a strong agricultural and electronic publishing background, which is an ideal fit with BCPC’s portfolio of products and activities. After gaining a BSc in Agricultural Science he joined the Milk Marketing Board before being appointed Group Production Editor of the Chemicals Group for RBI. In 1996 he set up Farmers Weekly Interactive in the role of New Media Editor and then became Electronic Publisher for the Farmers Weekly group. On leaving RBI he joined Defra as Senior Editor of the Rural Business Advice Channel and then joined UBM as Online Commercial Manager for the Farmers Guardian group. In 2011 Julian moved to Point Two, the innovative equestrian air jacket manufacturer, as General Manager. He joined BCPC in 2014. 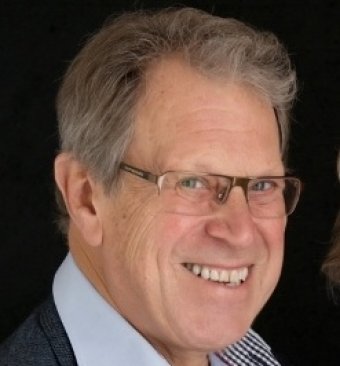 Colin Ruscoe is chairman of the BCPC (British Crop Production Council) Advisory Board
He is Director of Communications for SynTech Research responsible for providing information and promotional content internally and externally and contributing to SynTech’s global strategy. He is Chairman of the Expert Scientific Advisory Committee for Product Development for the Innovative Vector Control Consortium.  Prior to that he held senior positions within Syngenta and Zeneca Agrochemicals including: Research Station management, European Technical management, R&D Portfolio Planning, Environmental Science, Formulation, Regulatory, Market and R&D Information. 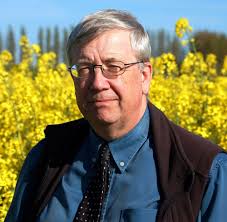 Following his degree in Plant Science at King’s College, London, David Ellerton completed his PhD on emergence failure in spring barley at the Scottish Crops Research Institute (now renamed James Hutton Institute) in 1980. He then joined ADAS for 4 years as a plant pathologist based in Cambridge specializing in cereals and oilseed rape before joining distributor ProCam in 1984 as Technical Director. During that time David developed a large personal farm agronomy client base of some 17000 acres of field walked business. In August 2010 he joined leading national crop production advisory and supply firm Hutchinsons as Technical Development Director helping to co-ordinate the many technical services offered by the company, with a particular role in training young agronomists coming in to the industry.

Currently he also sits on the policy committee of LEAF (Linking Environment and Farming), the Fungicide Resistance Action Group (FRAG) and the AHDB/Defra UK Cereal Pathogen Virulence Survey Steering Committee (UKCPVS) as well as being a member of the technical committee of the Agricultural Industries Confederation (AIC). He also represents the AIC on the steering group of the Campaign for the Farmed Environment (CFE) for Cambridgeshire. He is a former member of the AHDB R&D Committee and Evaluation Group and has chaired a number of long term cross industry projects.

From a farming family, Jim Orson studied at the University of Reading where he gained a BSc (Hons) in Agriculture. After completion of his studies he was appointed to a trainee position with ADAS (England and Wales government funded advisory service) in Chelmsford. Jim stayed with ADAS for 29 years where he progressed through various roles including District Adviser, Agronomist and Head of Cereals Development. In 1998 Jim moved on to become Director of Morley Research Centre, that merged with ARC to form The Arable Group (TAG), now part of the NIAB TAG Group. He has served on the UK Government’s Advisory Committee on Pesticides 1997-2002 and its Advisory Committee for Releases into the Environment (the ‘GM Committee’). He has also served on the Council of the Association of Applied Biologists, the UK Government’s Pesticides Forum, the Scientific Steering Committee of the UK Government’s Field Scale Evaluation of GMs and the Herbicide Resistance Action Committee. He is a Director of the Voluntary Initiative Community Interest Company. 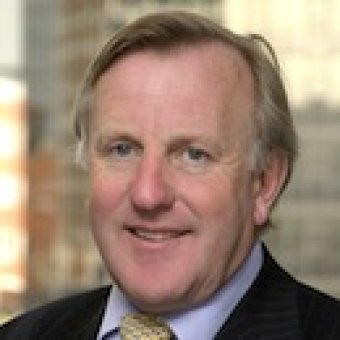 Stephen Howe is a Fellow of the Royal Agricultural Societies and became a Trustee of the Royal Agricultural Society of England in 2009, serving on the Society’s Journal and Practice with Science Advisory Panels. He is Chairman of the British Guild of Agricultural Journalists’ Charitable Trust, and a member of the BCPC Board of Management. Until March 2005, when he retired from the Reed Farmers Publishing Group after 34 years, he was Editor of Farmers Weekly and associate publisher of the Group’s portfolio of titles including its on-line site; Crops, Poultry World and Farmland Market. Stephen is a past Chairman of the Guild of Agricultural Journalists, was made a Fellow of the Guild in 1994 and awarded the Netherthorpe Trophy for outstanding services to agricultural journalism in 2005. He is a practising farmer, and former governor of the Institute for Grassland and Environmental Research and of the NFYFC. He was educated at Seale-Hayne Agricultural College, now part of the University of Plymouth, Faculty of Land, Food and Leisure, which recognised his achievements in the agricultural industry by awarding him an Honorary Doctorate in 2001. 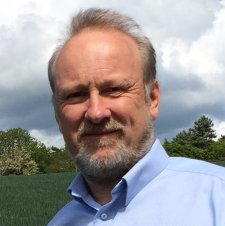 Barrie Hunt brings extensive and current experience of agriculture including crop protection to the Executive Board. His long and broad experience in the industry includes: field development, regulatory marketing and sales roles both at a regional a global level with national and multi-natioanl agrochemical companies. His key focus has been in herbicides and plant growth regulators. Currently Barrie is Technical Development Manager for Monsanto’s crop protection business in northern Europe. Barrie has been Chairman of the BCPC Expert Working Group on Weeds and a member of the European Herbicide Resistance Action Committee both since 2012. He is also a Trustee of the Heather trust which promotes integrated upland management. 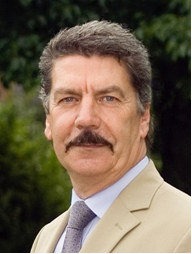 Bill Clark was appointed as Technical Director at NIAB in March 2012. A plant pathologist by training, Bill has extensive experience in plant biology and applied plant science and has a special interest in knowledge transfer. Bill was formerly the Director of Broom’s Barn Research Centre, the UK National Sugar Beet Research Centre, based near Bury St. Edmunds in Suffolk. Formerly the ADAS National Cereal Pathologist, his expertise spans horticultural and arable crops pathology and during the last 20 years, almost exclusively cereal disease control. He is a prominent public speaker on agricultural issues and is well known for his knowledge of disease control strategies, fungicide activity, physiological effects of fungicides and fungicide resistance issues.
Examples of recent work areas include: cereal disease control, fungicide resistance, new fungicides, effects of fungicides on host physiology and drought tolerance in wheat. 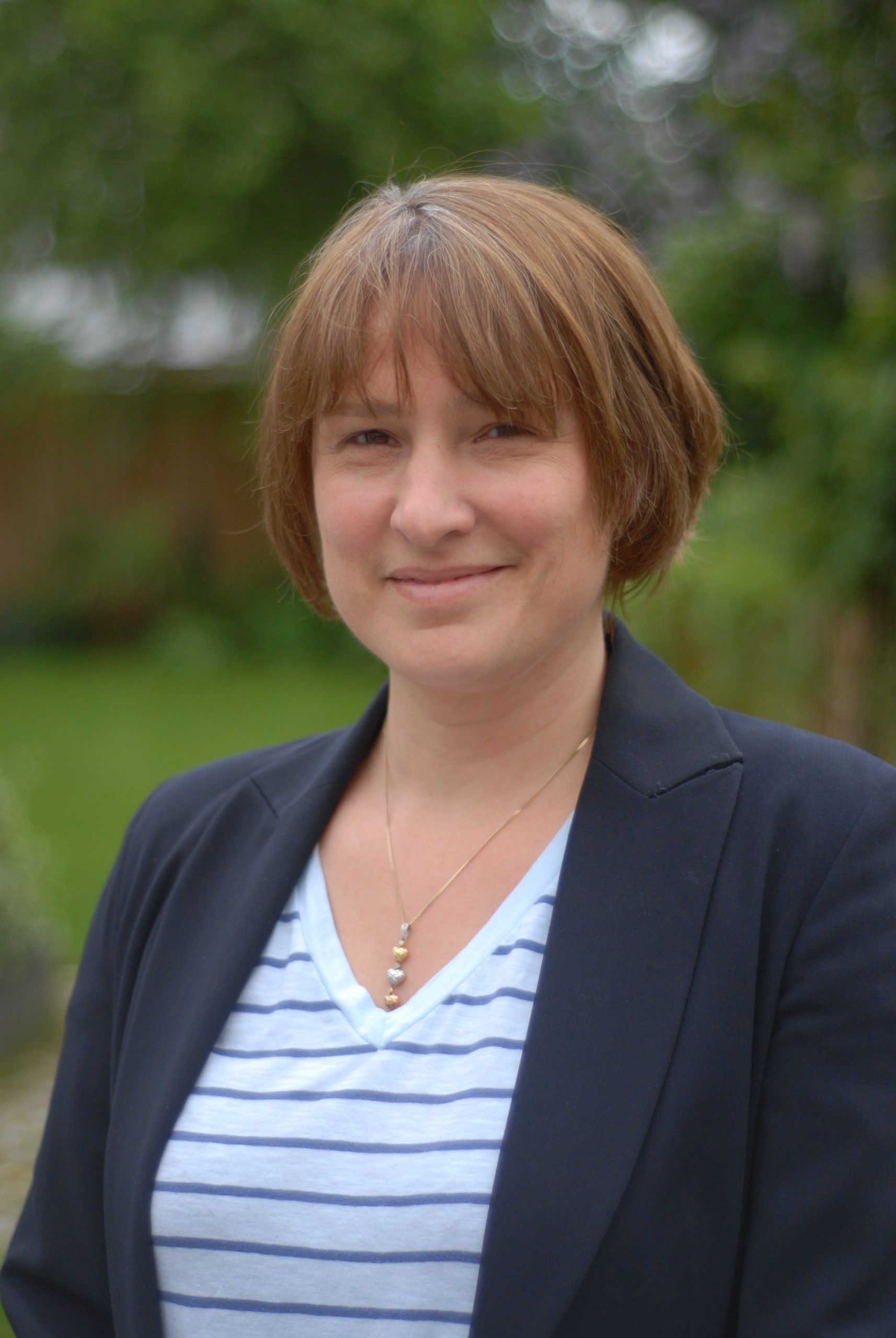 Dr Juno McKee has over 20 years of experience leading and managing applied research, technical services and product development for agri-business and currently provides leadership for NIAB’s innovation and commercialisation activities as Director of NIAB Ventures. Juno also serves on the Executive Management Team for Agrimetrics (the UK big data Agri-Tech Centre). Juno has a first degree in Plant Biology and a PhD from the University of Newcastle-Upon-Tyne. She also has an MBA from the Open University Business School and is a Nuffield Farming Scholar (UK wheat breeding and supply chains). 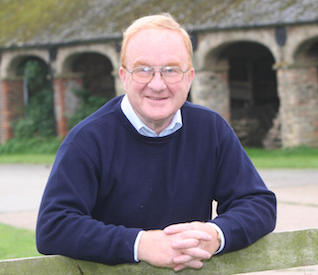 Tony farms 1,200 acres in the East Riding of Yorkshire, in partnership with his wife and son. They grow wheat, barley, oil seed rape, beans and vining peas, and rent out the 90 acres of permanent grass. They also have a 420 sow pig unit producing bacon pigs. (and a lot of slurry!) Tony was awarded the OBE for services to arable farming, and is a fellow of the Royal Agricultural Societies, and a Nuffield Scholar. He has been a national office holder of the National Farmers Union (Vice /Deputy President), Chairman of the Red Tractor Combinable Crops scheme and member of the Red Tractor board, board member and Chairman of the Nuffield Farming Scholarships Trust and board member and Chairman of NIAB and NIAB Trust. 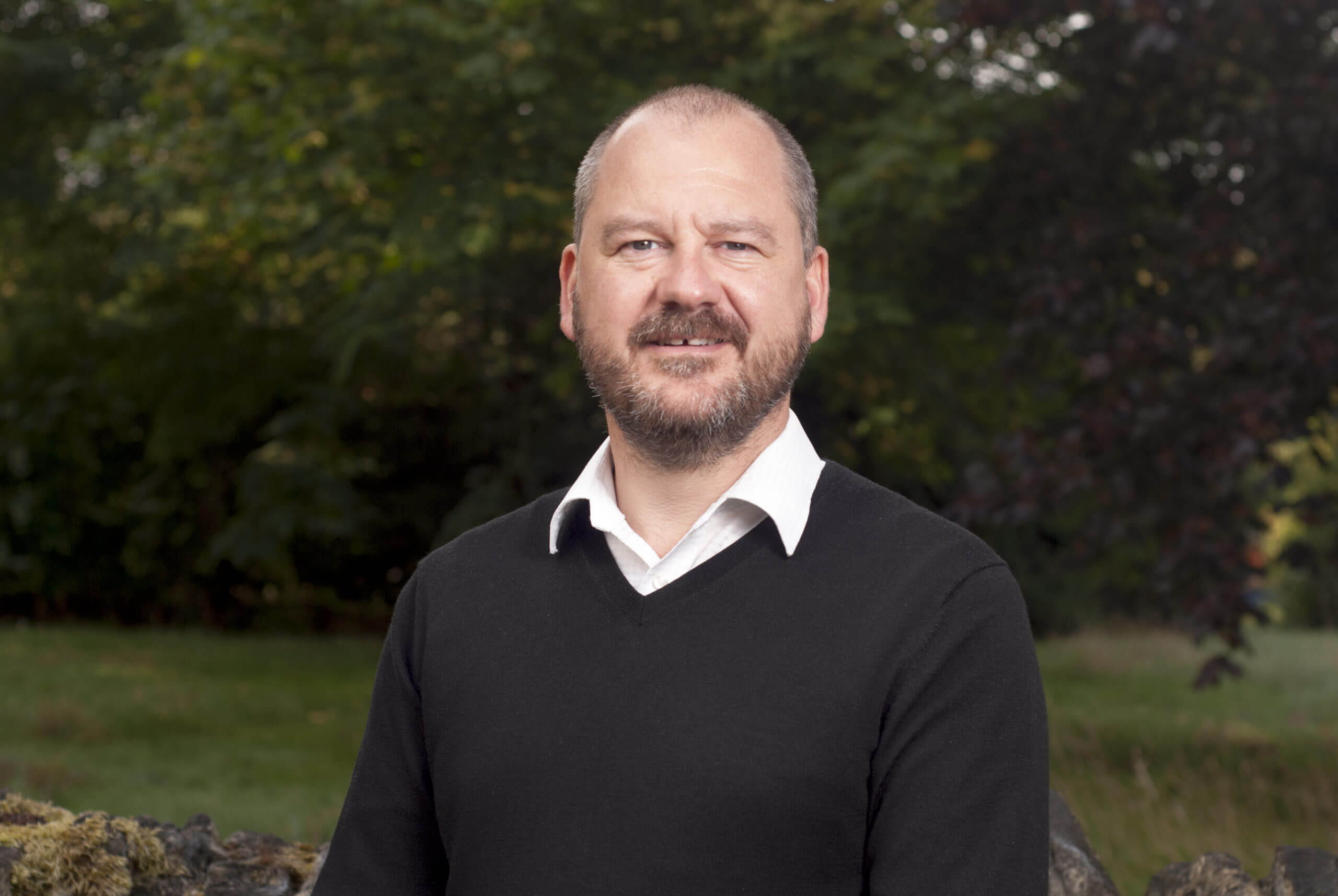 Chris’s career started with 6 years in research on biocontrol, and then 4 years delivering agri-environment schemes. He joined the NFU in 2004 and worked on horticultural policy before joining a new NFU plant health unit as senior regulatory affairs adviser in 2017. His work focusses on the regulation of crop protection products. Chris is NFU policy lead on Brexit and PPPs, bee health and pollinators, and a driving force behind the NFU’s plant health strategy. 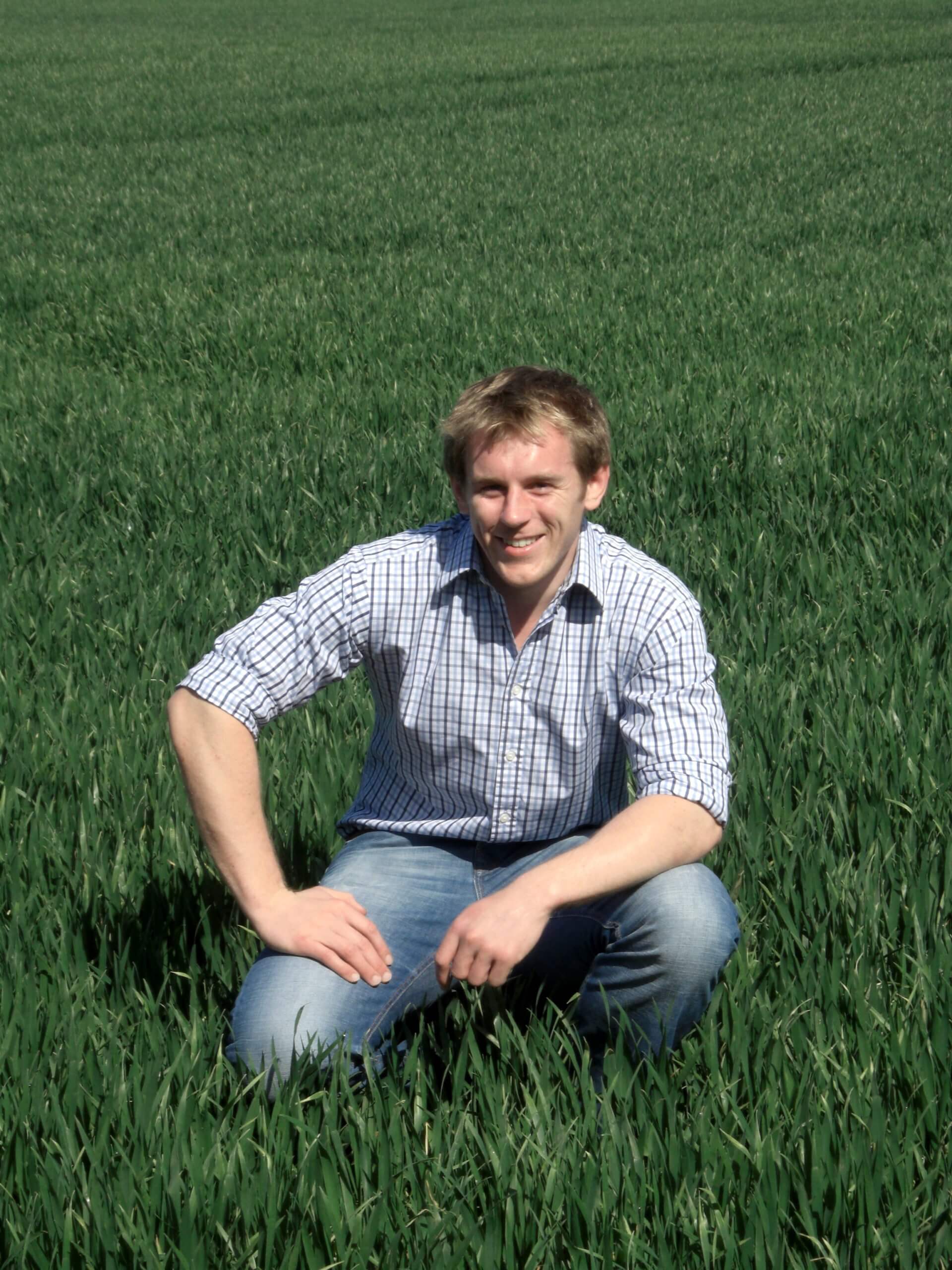 Ian is a partner in his family farming business in Northamptonshire. He has his own independent agronomy business which he started in 2012 and is a member of AICC. After gaining a BSc (Hons) in Agriculture from Newcastle University he spent 10 years working for Yara UK in the agronomy team, leaving in 2016 as Head of Agronomy. The same year he became Arable Director at Brixworth Farming, a Joint Venture arable farming business. In 2019 he took over as Managing Director. 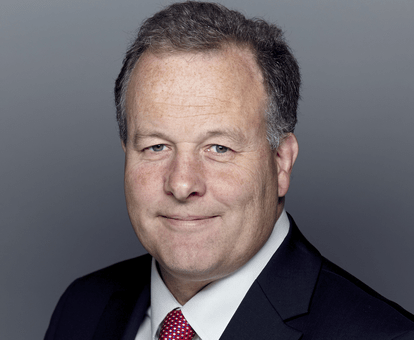 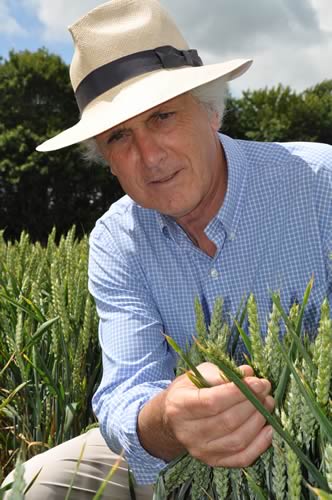