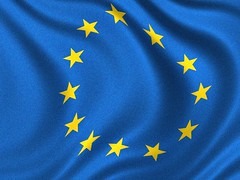 The EU has approved seven new GM crops for food and feed use in the EU but has not approved them for cultivation. This therefore allows the import of the products of these crops which will be subject to very strict labelling requirements but the lack of approval for cultivation means that they cannot be grown there. Since we are no longer part of the EU, UK growers could grow them and export the produce to Europe if approved here. The crops have been added to the Biotech crop database and are listed below. We don’t grow cotton or soybeans but the maize is a possibility.
They have also renewed the approval of Ms8 x RF3 (oilseed rape with tolerance of glufosinate), TC1507 x NK603 (maize with Lepidopteran insect resistance and tolerance of glufosinate and glyphosate) and one unspecified carnation for cut flower use. Full story

The future is here

SwiftDetect is a company that runs a new service here in the UK. Wheat growers order an envelope on-line and then collect 10 leaves from their wheat crop and post them off to SwiftDetect. Once received it is macerated and analysed for live DNA of Septoria and the grower receives details of how much Septoria there is in the crop even before it is detectable to the naked eye. This allows an informed decision of whether to spray or not. They are beginning to offer detection of other diseases in wheat and in other crops and expect in the near future to be able to tell you what level of resistance is in your Septoria and therefore which fungicides will work and which will be less effective. Full Story.

Trials evaluating maize that is both insect resistant and drought-toerant have shown that it can produce yields of 9 t/ha whereas the best of the current conventional varieties could only achieve a yield of 3 t/ha. Rolling this out to commercial production would greatly reduce the risk of famine in Africa. Full Story

Kazakhstan is one of the main wheat-growing areas in Asia and has suffered epidemics of tan-spot in wheat crops since the 1980s. Now a study jointly conducted by the Institute of Plant Biology in Kazakhstan and the International Maize and Wheat Improvement Centre have identified genes that confer resistance to this disease. The next step is to splice it in to the commercial varieties grown there. Full Story

Researchers in Japan have spliced genes from the Medaka fish in to Arabidopsis to make a plant that glows green in the presence of endocrine-disruptor chemicals. They are planning to use it to monitor river water for the presence of pesticides such as imidacloprid and fipronil. Since fipronil is not approved in the UK and imidacloprid is banned in the UK and Europe the market for this test might be quite limited but perhaps it can also detect other pollutants. Full Story

MIT and Harvard have developed a table-top device that uses CRISPR technology to detect the presence of COVID-19 in saliva. The test gives a result as accurate as a PCR test within one hour, costs about $15 to build and can even distinguish between different strains of the virus. Full Story

Crops are sensitive to heat and a rise of just 2°C can significantly reduce yields of some crops. Now a team from Kansas State University and the Baylor College of Medicine have identified and patented a gene that can protect the plants from damage caused by this temperature rise and thus retain optimum yields. Full Story