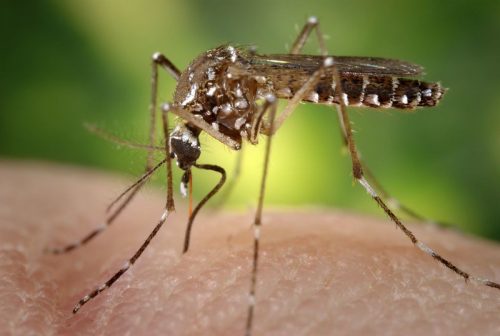 Genetically modified male mosquitoes that mate with wild females and produce sterile offspring and so reduce local populations have been mentioned before in this publication but now Florida is planning to release 750 million of them in the Florida Keys. Soon perhaps we will be able to eat our Key Lime pie and drink our rum without being bitten.
Full story
Pic: Sanofi Pasteur

EU stance on genome editing
132 European research organisations have banded together to form the European sustainable Agriculture through genome Editing coalition (EU SAGE) and have jointly urged the EU Commission to reconsider their antipathy to genome editing in the development of new crop varieties. Full Story.

Rice height control
Two genes are now known to control the internode length in rice and manipulating their expression can control the height of rice plants. These genes are also present in other monocot crops and offer the prospect of reducing lodging risk. Full Story

A load of bull(s)
Using CRISPR editing, scientists at the University of California have produced a bull calf whose progeny should be 75% male. Males are 15% more efficient at converting feed to meat and tend to be heavier than females. Full Story

Improved Camelina
Rothamsted has developed camelina that produces omega 3 oils and now Wahington State University has found that over-expression of just one gene (Atsob3-6) allows the seed to germinate more easily from depth where soil moisture is more available and that the final plants have larger and heavier seeds. Full Story

Better barley
Murdoch University and partners in Australia have developed a refined version of CRISPR editing that they have called double haploid CRISPR which they are using to adapt existing barley varieties to local conditions. They also plan to use this system on other crops once the work on barley is complete. Full Story

Variability in Bt cotton
An extensive study of cotton crops in Pakistan has discovered that the expression of the Bt protein was very variable amongst different canopies and fruiting parts. Some varieties achieved 97% insect mortality while some other varieties only achieved 28%. Full Story

Improving photosynthesis
Photosynthesis is not as efficient as it could be and scientists at Essex University have found a fix for not one but two bottlenecks in the natural system which help conserve water and provide up to 27% increase in growth in what they term real world growing conditions. Full Story

Anti-Covid 19 nasal spray
While we wait for effective, fully tested vaccines the University of California has formulated the most effective anti-virals against Covid 19 yet discovered into a nasal spray and they claim that it is more effective than physical PPE at reducing the risk of infection. Full Story

More camelina improvements
A firm in America has developed a CRISPR-edited camelina with increased oil content and they have been granted approval to begin field tests in 2021. Full Story

Ladybirds are safe
A study conducted in Switzerland on the effect of Bt protein on ladybirds has found that it poses an insignificant threat to ladybird survival or those that feed on ladybird larvae. Full Story

Stem rust in barley
Researchers at the John Innes Institute near Norwich have found that while wheat has 82 genes that play a part in stem rust resistance, barley has only 10. They have transferred 4 genes from wheat in to the transgenic barley. Full Story

Biofortified foods
When tomatoes ripen, they change from green to red because the chloroplasts in the fruit change to chromoplasts that contain more carotenoids. Now a research team has discovered how to change the chloroplasts in leaves to chromoplasts, an event that does not normally occur and they believe that this could be the first step in developing foods with enhanced nutritional value. Full Story

A less potent Covid 19
Research in Singapore has identified one variant of the covid-19 virus that causes less severe symptoms in those infected. It is missing 382 nucleotides in a hot-spot for covid -19 mutations. This knowledge could help target gene-silencing treatments and may allow patients to develop their own immune response. Full Story

Wild soybeans improve domesticated varieties
Legumes like soybeans access atmospheric nitrogen with the aid of soil bacteria and the domestication process has lost some of this cooperation between species. Scientists in China are seeking to restore some of this lost ability. They have identified genes that interact with bacterial secretion systems to increase the number of root nodules formed. Full Stor