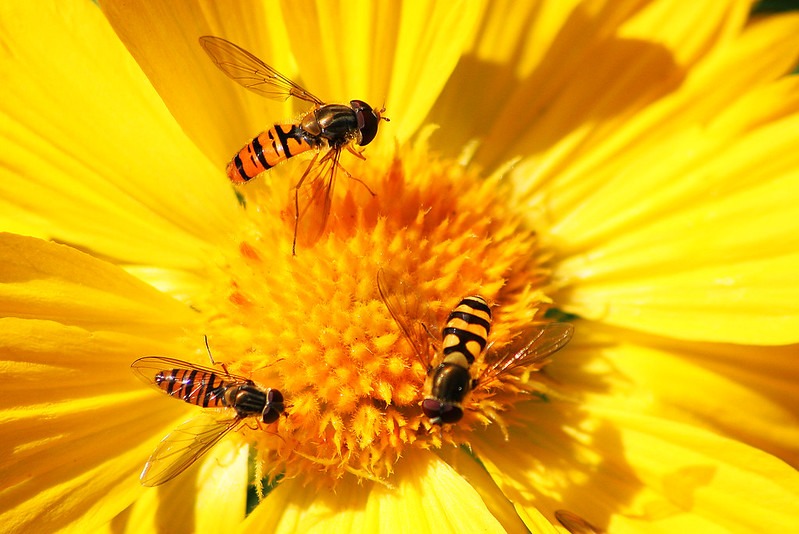 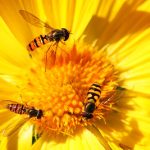 Because of a perceived risk to bees Europe has withdrawn the approval of neonicotinoid seed treatments and this has left sugar beet exposed to beet mild yellows virus (BMYV) that is transmitted by aphids. Now KWS has developed a new variety for the 2022 crop that is listed as being tolerant of BMYV. This is a naturally-occurring tolerance found by extensive screening but gene-edited varieties are being developed.

Medicago and GlaxoSmithKlein have developed a vaccine from plants (instead of culturing on cells or eggs) which is entering phase 3 trials on 30,000 healthy volunteers in 10 countries. Production of vaccines from plants is faster than the normal culture methods and so, if approved, could speed up production and is readily adaptable to new strains of the virus.
Full Story.

A team at the Chinese Academy of Plant Science has discovered that whiteflies have adopted a plant gene to defend themselves against certain plant toxins. The team has modified a tomato to produce a double-stranded RNA molecule which shuts down this gene and makes the whiteflies susceptible to the toxins again. Thus when the whiteflies feed on this modified tomato they are killed with no effect on non-target insects.
Full Story

A team at the University of Adelaide have discovered that plants subjected to drought conditions produce GABA (Gama amino-butyric acid) and the longer and harder the drought during the day, the more GABA is produced. The degree of stomatal opening the next day is determined by the level of GABA in the plant tissue so they remember the severity of the drought the previous day and adapt their response accordingly. An article in German reporting this study can be found at.
Full Story

Popeye was on to something

A team at Boston College have removed the cells from spinach leaves and used the remaining vascular structure to form a support for growing beef in the lab. They claim that it is much more ethical and environmentally friendly than growing cows in fields and then killing them but does it have the fat to give it taste?
Full Story

To label or not to label

An Italian MEP has responded to a survey that suggests that consumers want gene-edited foods to be labelled as GMOs by saying that it is simply not possible to detect where this has been done. Meanwhile Canada has voted against mandatory labelling.
Full Story
See Also

Researchers at North Carolina State University have successfully engineered probiotic yeast to produce beta carotene in the guts of mice. Beta carotene is the orange colour in foods such as carrots and is a powerful anti-oxidant as well as being important for eye health and helping to prevent macular degeneration. It might also have a role in reducing the symptoms of Alzheimer’s disease but high doses might turn you orange.
Full Story

Eucalyptus trees are farmed for their wood and the oil that the tree produces. Large plantations are grown in Brazil, India and China as well as its native Australia. A team at the Oregon State University have used CRISPR-Cas9 editing to prevent it from setting viable seed and this allows it to be grown without invading local ecosystems.
Full Story

Adequate zinc is essential in the diet of pregnant women and now a study in Spain has shown that growing bio-fortified wheat increases the zinc levels in the flour and that foliar sprays of zinc are assimilated more readily than zinc applications to the soil.
Full Story

A team at Nigde Omer Halisdemir University in Turkey has stacked Bt and other insecticidal genes in the potato to achieve 100% mortality of adult and larval beetles and thus offers a very effective method of control.
Full Story

Systems that stop the mosquito larvae from maturing are already in use but this removes them as a food source in the local ecosystem. A preliminary study at Imperial College, London has indicated that some CRISPR-cas9 editing that they have done on the mosquito has reduced its ability to spread malaria but does not kill the mosquito or stop it breeding. Thus they are still around to provide a food source for local predators but they do still bite you.
Full Story

A team at Forman Christian College in Lahore has found that over-expression of the Tadof1 transcription factor in wheat improves both carbon and nitrogen assimilation in low nitrogen situations UK farmers seeking to maximise the carbon sequestration of their crops may be interested in this.
Full Story