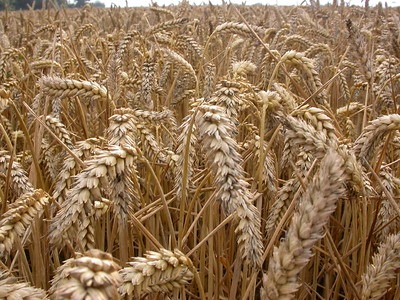 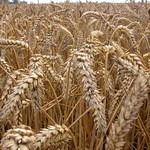 Around Oklahoma cattle are grazed on fields of wheat which helps promote tillering and they are moved off the field as the crop moves in to extension growth so that it can form the wheat ears that are then harvested. Deciding when to remove the cattle is tricky but researches ar Oklahoma University have identified the TaOGT1 gene which is part of the system that controls the switch from vegetative to reproductive growth and they plan to develop varieties for cattle grazing, wheat cropping only or short season wheat which can be used for both purposes. Probably won’t affect wheat yields here in the UK though.

CRISPR has dominated the gene-editing scene for some time but now Harvard University has developed a new technique based on retrons, a distinct DNA sequence found in many bacteria. You heard it here first – the Retrons are coming.
Full Story.

European GMO legislation was introduced in 2001but with the development of gene-editing and other novel genetic techniques Europe realises that it is no longer fit for purpose. They are embarking on an open consultation on the design of a new legal framework.
Full Story

Supplying tomatoes, watermelons and egg plants with minute traces of copper helps them to resist fungal infections. Copper can be used to combat potato blight but a team at Connecticut University has discovered that nanoparticle sized copper is more soluble and more readily available to the plant than macro-sized nutrients.
Full Story

Oats do not suffer from Take-all but it is a serious disease of long-term wheat cropping and now a team at the John Innes Centre near Norwich have identified the gene pathways that allow oats to escape the disease. The next step is to stitch these genes into wheat varieties and see if they still work without upsetting other characteristics of the wheat plant’
Full Story

Australia has developed a range of gene-edited chickens which have improved resistance to Avian flu or improved resistance to Merak’s Disease virus or even lower levels of the protein ovomucoid which causes an allogenic reaction in some people allergic to eggs. They also plan to use the chickens for vaccine production and possibly other essential pharmaceuticals.
Full Story

Pest and disease resistance in potatoes

In the Andes potatoes are often planted with another edible tuber Mashua because the benzylglucosinolates that the Mashua produces seems to offer some protection against late blight and potato weevil attack. Now researchers at the International Potato Centre have engineered the pathway for benzylglucosinolates production into the potato. It does offer improved resistance against late blight and potato weevil but it is currently associated with leaf deformities and so is a ‘work in progress’.
Full Story

A small number of children are born each year with spinal muscular atrophy (SMA) and rarely live beyond two years but now the NHS has started to use a harmless virus to deliver a healthy copy of the faulty gene that causes SMA into the nucleus of motor neurone cells. This technique could be the blueprint for controlling many diseases caused by faulty genes.
Full Story

• MS11 – oilseed rape with tolerance of glufosinate – Australia has added approval for feed and processing to the food approval granted in 2017.