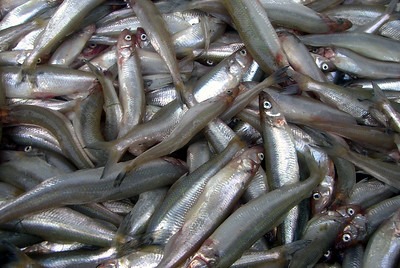 First developed at Rothamsted, canola that produces omega 3 oil as an alternative to getting it from fish is starting to be commercially grown and the American company Nuseed has completed the processing of the first 14000 acres of commercially grown crop. Full story
Pic: Mirko Tobias Schafer

Rapid immune response
A team led by Texas A&M Agrilife have used Arabidopsis to learn more about how immune responses occur and they hope that is knowledge could trigger benefits in crop, animal and human health. Apparently specialised proteins in the cell wall watch out for invaders and when detected, they latch on to the flagellum of the invading bacteria and send a message to the cell nucleus to call for reinforcements! Full Story.

Pac-man to the rescue
A team at Stamford University have been developing an anti-viral technique based on CRISPr editing to fight influenza and with the current pandemic have seen if they can adapt it to fight COVID 19. In tests against synthetic virus particles it reduced the virus load by 90%. Now they have to try it against live virus and find an effective delivery system. Full Story

Gene-edited soybean is safe
A soybean with high oleic and low linolenic oil content developed by Calyxt Inc has been deemed to be unregulated by USDA in America which opens the doors to widespread cultivation within 2 years. The oil profile of this plant is healthier for hearts and has been achieved by the deletion of 5 specific genes from the original soybean genome. Full Story

Super-potent antibodies
A team in the Medical school at California University have recovered antibodies from patients that have survived COVID 19 infections and found that they are powerful protectants against this virus in animal and cell culture tests. Clinical trials are the next stage in evaluating this potential treatment. Full Story

Electricity from plants
There is much talk in the press at the moment about the potential of hydrogen fuel cells as clean energy but most hydrogen is produced by burning fossil fuels. Now a team at Tel Aviv University have modified some algae by building a novel photosystem that increases the production of hydrogen by these plants. This hydrogen could be used in fuel cells to produce truly clean electricity with only water produced as a by-product. Full Story

It gets your goat
Monoclonal antibodies are a candidate for cancer treatments and a team in new Zealand are now using transgenic goats to produce the antibodies in their milk as a cheaper way of producing hese proteins than building them in the lab. It is even less immunogenic than the commercially produced antibodies. Full Story

The peptides that bind
Using computational models of protein interactions, researchers at the Massachusetts Institute of Technology have designed a peptide that binds to coronavirus proteins and shuttles them into a cellular pathway that breaks them down. The researchers say this peptide has potential as a treatment that would prevent the COVID 19 virus from reproducing itself within infected cells. Full Story

GM yeast fights tsetse flies in Africa
Tsetse fliers are carriers of sleeping sickness that is a plague in cattle in rural parts of Africa. The tsetse flies are attracted by a component in the cattle urine and now a team at Goethe University have modified yeast to produce the same attractant. The yeast can be inexpensively produced on plant waste and can be used as bait in traps for the flies to help control the disease. Full Story

Gene-edited crops for the UK?
The current Environment Secretary, George Eustice, has pronounced that gene-edited crops could reduce farmers’ reliance on pesticides by improving crop resistance to pests and disease. Lets hope that he follows through and gets the laws amended to allow their cultivation. Full Story

Friendly mosquitoes?
Mosquitoes that carry a gene that limits population growth in mosquitoes has been developed by Oxitec and it has now received a unanimous vote of confidence from Florida and the Environment Protection Agency to conduct a pilot study in the Florida Keys. Full Story

• MS11 – oilseed rape with tolerance of glufosinate approved for food use in South Korea.