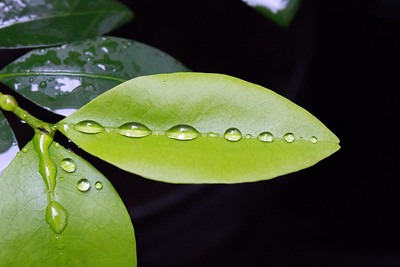 Plants naturally compete for resources with other plants but research by scientists funded by the University of Zurich have discovered that Arabidopsis can have a gene that promotes cooperation between plants and a pure stand with this trait produces 15% more biomass than the usual competitive populations. Transferring this trait to crop plants could lead to useful increases in yield. 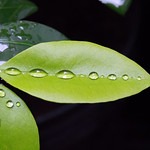 Cocaine is produced by the coco plant via a very complex chemical process but now scientists in China have managed to transfer the chemical pathway in to Nicotiana plants. This small plant does not increase yield but there next target is to transfer the pathway to bacteria so that they can ‘brew’ their cocaine in vats and have no need of the coco plant. (Pic: Luis Perez)
Full Story.

A girl with incurable leukaemia has been saved by doctors at Great Ormond Street hospital changing bases in her genome so that her aggressive T-cells were controlled by other T-cells to cure the incurable. This technique could also be applicable to other ‘incurable’ diseases.

EFSA (European food safety authority) conclude that the GM maize MON 87429 that is tolerant of glufosinate, glyphosate, dicamba and 2,4-D herbicides is as safe as conventional maize. They have reached the same conclusions for the GM maize MON 95379 that is resistant to some insect attack and have also renewed the approval of some GM soybean varieties. Thus these crops can be imported in to Europe but still cannot be grown by European farmers. When will this be reviewed?

About 28 million years ago legume plants like peas and beans developed a gene that inhibited attack by caterpillars but some time over the following eons soybeans seem to have lost this useful gene. Scientists at the University of Washington are planning to re-introduce this gene to soybeans to restore the protection from predation that it brings.

Farmers pray for good weather at harvest but adverse weather can not only make harvesting difficult, it can lead to significant yield losses as enzymes within the grain break down the starches to sugars and amino acids. Now agronomists in Russia have identified four varieties of wheat that resist this enzymatic degradation. This characteristic can be bred into commercial varieties but will they be suitable for brewing?

An ancestor of maize called teosinte is more efficient at scavenging nitrogen in low nitrogen soils than conventional maize. Researchers at the Chinese Academy of Science have discovered that this is due to a chromosome that is present in teosinte but lost in maize. Introducing this missing chromosome to maize hybrids has resulted in no loss of yield and could improve yields in low nitrogen soils.

With more droughts forecast due to climate change, the discovery of a wheat gene by John Innes centre and CSIRO in Australia may allow growers to plant wheat seed deeper in to seedbeds where there is still some moisture without adverse effects on seed emergence.

Attendees of the BCPC Brighton Herbicide conferences in the late 80’s and 90’s may remember John Gressel’s biennial papers on the problem of the parasitic weed Striga in African countries. Now a quarter of a century later, GM has finally provided a solution to this problem with the introduction of ‘Striga-Smart’ varieties in Kenya and Ethiopia.

Chestnuts were once widespread across America but have been decimated by a fungal disease in recent years. Now a genetically engineered variety that is resistant to the fungus has been developed and a call has gone out for widespread planting of this variety to restore the forests of old in the Appalachian mountains.

• There are no additions to the biotech crops database this month.