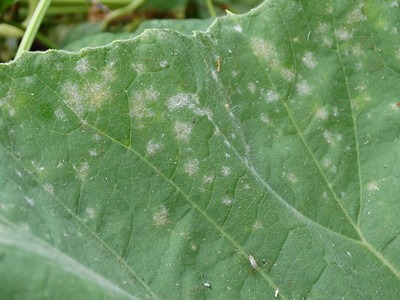 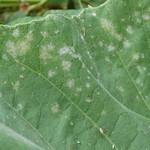 Scientists at the Sainsbury Lab in Norwich have been evaluating some genes that confer resistance to rust in wheat and barley. Imagine their delight when they realised it also conferred resistance to powdery mildew. (Pic: Scot Nelson)

Researchers at the Chinese Agricultural University have discovered that CRISPR-Cas9 editing, besides cutting out chunks of DNA, can also be used to make structural changes to the genes such as inversions and duplications. Using these techniques, they have achieved better herbicide resistance in rice with no effect on the other agronomic traits.
Full Story.

Camelina sativa (Gold of pleasure) has already been modified to produce omega-3 fatty acids and now, by splicing in an enzyme from a bacterium, researchers have made a plant that also has improved lysine content. Lysine is an essential amino acid that humans cannot manufacture in their bodies and must be consumed in our diet.
Full Story.

Flemming discovered penicillin when some non-ribosomal peptide synthase enzymes in his petri dished synthesised this first antibiotic and now some researchers at Manchester University have used CRISPR-Cas9 editing to make these enzymes produce novel antibiotics that could help with the constant fight against the microbes that develop resistance to our existing ones.
Full Story

Responding to a gap in regulation he American Committee of Medical Entomology has issued an addendum to the Arthropod Containment Guidelines with specific risk-based recommendations on the containment of modified genes capable of spreading through the natural population. However, they are still just recommendations.
Full Story

CRISPR-Cas9 editing has been around almost 10 years and is used for making changes to one cell at a time. Now the team that discovered it have gone a step further and found a way to edit genes in a whole population of microbes in one fell swoop. It sounds a bit draconian but perhaps soon we will get our vaccines through our water supply.
Full Story

A mask that glows

Researchers at Kyoto University in Japan have developed a face mask that glows under UV light if it has been exposed to Coronavirus. The glow fades with time as the virus load decreases. Sounds better than sticking a probe down your throat and up your nose.
Full Story

Cotton is being sent to the International Space Station where experiments on the genetics of somatic embryogenesis where whole plants are generated from single somatic cells. It is thought that this could speed up the development of disease resistance and drought tolerance traits in a range of crops.
Full Story