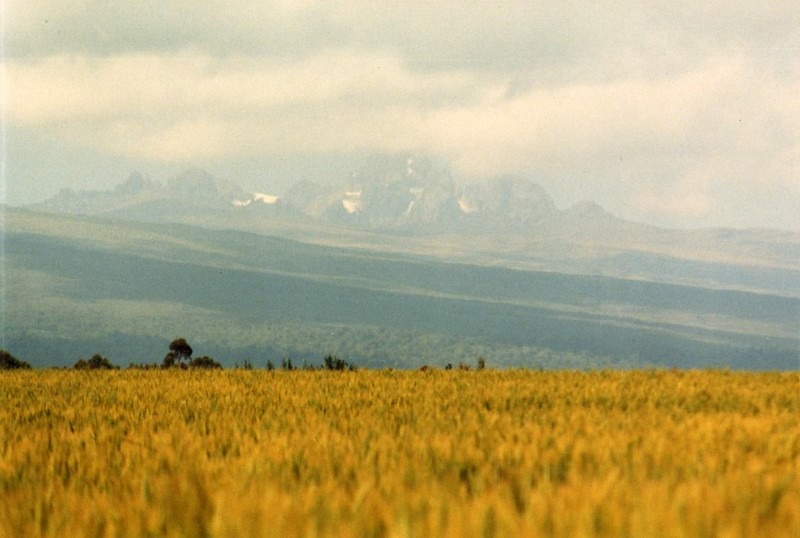 The bill that will permit the development of gene-edited crops for commercial development in the UK has passed through the House of Commons and is now due to be considered by the House of Lords. Once passed we can embrace this new technology and grow more nutritious and more resilient crops.
Full Story 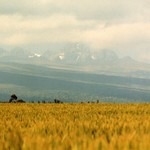 As more crops are threatened by drought, officials in Kenya see drought-tolerant GM crops as a way of dealing with the threat but there is still resistance amongst some in the country (Pic: PaulSH).
Full Story.

After years of failures a drug that helps the body to clear the amyloid build-up around the neurons in the brain has been found. It needs to be used in the early stages of the disease and might have possible side-effects but it must surely be the start of viable treatments.
Full Story.

As the cancer risk from glyphosate seems to recede, new studies implicate glyphosate in the possible success of bee colonies. The attached link suggests that it may adversely affect their ability to control hive temperature while other studies suggest that it impairs their colour vision (New Scientist 29/10/22, page 20).
Full Story.

The old ways are (sometimes) the best

War and climate change are putting a strain on global wheat supplies and so scientists at The Natural History Museum in London are genetically sequencing the genomes of 12,000 historical wheat varieties brought back by Captain Cook in an attempt to identify hardier wheat varieties.
Full Story

The end of flu?

Using the same MRNA vaccine technique first used to combat Covid-19 researchers in New York have developed a flu vaccine that is claimed to be effective against all 20 known flu viruses. This could be the end of flu in mice and ferrets but it has yet to be tested in humans.
Full Story

DMH-11 is a mustard crop grown for oil production that has now been approved for environmental release in India and has also been approved for food and feed production in Australia. It offers tolerance of glufosinate herbicides and these approvals will be added to the biotech crops database when the precise details become available.
Full Story

Purple tomatoes down under

The purple tomato seed that was released for home and garden use in America last month is now likely to be made available to growers in Australia. The purple colour signifies increased anthocyanin content which means that it has higher anti-oxidant properties.
Full story

Panama disease is resistant to most groups of fungicides and there is no current effective treatment but research at Exeter University has found useful activity from an unspecified multi-site fungicide. The associated paper lists the effective treatment as C18DMS for those in the know.
Full Story

Field trials in China have confirmed improved drought-tolerance in a variety of GM sugar cane developed by Guangxi University with improved yield under conditions of limited water availability compared to standard varieties with no reduction is sugar content, gravity purity or other quality traits.
Full Story

Researchers in Brazil have used CRISPR-Cas9 editing to switch off two genes in rice plants and found that inactivating these genes makes the plants less susceptible to rice blast disease. Greater understanding of the role of these genes might offer new routes to rice-blast resistance in commercial varieties.
Full Story

Occasional outbreaks of Ebola are still occurring in Africa but now it is suggested that the technique of using mRNA vaccines that was so effective against Covid-19 could be similarly effective against Ebola.
Full Story

The Food and Agriculture Organisation of the UN has collaborated with the International Atomic Energy Agency to send seeds of Arabidopsis and sorghum to the International Space Station where they will be exposed to varying degrees of radiation before being returned to earth to be planted. It is hoped that the mutations caused by the radiation will lead to varietal traits that offer improved resilience to climate change.
Full Story

Researchers at the University of the Punjab have used CRISPR-Cas9 editing to knock out a gene that produces sugars in potatoes that go in to cold store. Thus the potatoes are less sweet and healthier to eat when they come out of the store.
Full Story

Collaboration between scientists in Pakistan and China has resulted in a variety of GM cotton that has three additional genes stacked in its genome. Two offer insect resistance so that it is protected from both boll worms and army worms and the third gene is a herbicide tolerance trait that allows the use of glyphosate on and around the crop.
Full Story

The growth rate of duckweed is the bane of many gardeners with ponds in their gardens but now scientists at Cold Spring Harbour Laboratory and the National Energy Laboratory in America harnessed this ability. Their engineered duckweed has boosted fatty acid production that is converted into triacylglycerols and then wrapped in a protein coat that prevents degradation. The yield is up to 16% fatty acids with 8.7% oil content.
Full Story

Houseplants are claimed to be beneficial to the environment that they live in but now Neoplants has taken Pothos (Epipremnum aureum), a common houseplant and enhanced some of the genes in the leaves so that they remove 30 times the air pollution scrubbed by non-engineered varieties. It removes formaldehyde, benzene, xylene and ethyl benzene from the air and uses it to build the amino acids it needs to grow. Sounds like to plant of choice to take to hospital when visiting patients.
Full Story

Scientists at six institutes in Russia have identified 12 wheat varieties that are naturally resistant to snow mould. These lines can now be used to breed this trait in to a wider range of commercial varieties.
Full Story

Researchers at the Nanyang Technical University in Singapore have genetically modified an important plant protein responsible for oil accumulation in nuts and seeds.They have achieved increases of 15 – 18% and have a patent pending on their method.
Full Story

• There are no additions to the biotech crops database this month.