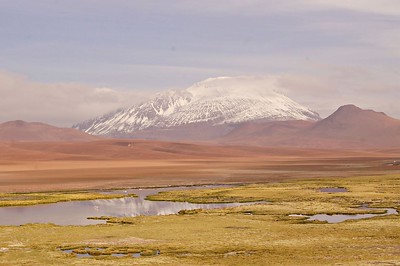 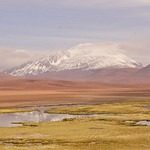 The Atacama desert in Chile is one of the most extreme environments on earth where plants still grow and an international team of scientists have discovered that the plants that do survive there are a treasure trove of genes that will help them develop crops more resilient to extreme weather events.
Full story

Fruits like apples and plums normally require a period of cold to trigger the next fruiting cycle but, mindful of the need to feed astronauts on space stations, USDA have over-expressed a key flower regulator gene in plum trees to allow them to continually flower and produce fruit. They make no mention of the bees that would be required to pollinate them on space stations but the technique could also be applied to indoor and urban farms to increase production.
Full Story.

This pest can cause extensive damage in coffee plantations but now a team have developed a stable transgenic Arabica coffee plant that expresses the Bt gene. In trials, damage has been reduced from 100% to just 9%.
Full Story.

JR Simplot who have developed a number of gene-edited potatoes have now turned their attention to strawberries and expect to soon launch new varieties with extended shelf life which will help reduce the 35% of strawberries that are currently thrown away because of deterioration once picked.
Full Story

Rothamsted have discovered that promoter genes are remarkably stable across varieties, landraces and ancestral strains of wheat, indicating how important they are and could have significant effects on grain quality, nutrient use efficiency, disease resistance, and adaptation to climate change. They plan to use this knowledge to develop new and improved varieties.
Full Story

Gene-edited animals in the UK

Whilst the UK government is considering allowing gene-edited animals to be farmed in the UK, a report from the Nuffield Council for bioethics suggests that it could lead to more animal suffering. With improved disease resistance, surely they will suffer less or perhaps it could allow greater animal density in confined spaces.
Full Story

A study conducted in Canada suggests that GM crops and the associated use of glyphosate to control weeds could allow greater sequestration of carbon in the soil than conventional farming. They make no mention of the possibility of fewer passes with the tractor to control weeds which could improve agricultural sustainability even further.
Full Story

The HB4 gene confers drought tolerance in soybean but now it has been spliced into the wheat genome and, after gaining acceptance from customers in Brazil, Argentina plans to grow it for both animal and human consumption.
Full Story

A team at Nagoya University in Japan have used gene-editing to modify an invertase inhibitor which allows tomatoes to contain 30% more sugar with no effect on fruit size. They expect this to make sweet tomatoes more widely available and plan to market the seed soon.
Full Story

Broccoli is good for you because of the anti-oxidants that it contains and some varieties have been developed with enhanced anti-oxidant content. However, once picked they all have a limited shelf life. However, a team of American universities has identified the genes associated with senescence and they can slow down the wilting and yellowing of the harvested broccoli head. They also think that the knowledge that they have gained might also be applicable to other crops.
Full Story

Rain during harvest can cause barley to start to sprout in the ear and a team at Okayama University in Japan have used gene-editing to make the barley more resistant to this. It will reduce the worry during harvest and even the maltsters will be happy because germination can be promoted by cold conditions and a 3% solution of hydrogen peroxide!
Full Story

The National Institute of Plant Genome Research (NIPGR) in India have developed a chickpea that gives 25% higher yields and has enhanced levels of zinc. Iron, potassium and copper by modifying the cytokinin levels in the roots.
Full Story

Nicotine from tobacco has long been used to control insect pests but now a team in Spain has developed a tobacco plant that emits an insect mating pheromone. This swamps the pheromone emitted by the females and the males struggle to locate them to complete the breeding cycle.
Full Story