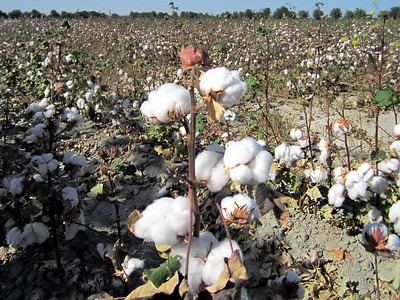 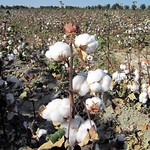 The Australian authorities have issued a licence allowing commercial crops of MON 88701 cotton to be grown. This crop is tolerant of glyphosate and dicamba and is authorised for food, feed and environmental use. New Zealand has also granted approval for food use of this GM crop. Full story
Pic: David Stanley

Most vaccines have to be kept cold to retain efficacy and this can be a problem when accessing remote populations in hot climates such as India. Now some researchers in India have developed a vaccine against Covid-19 that is heat-tolerant and can be transported to remote regions in cool boxes rather than in refrigerated containers. Full Story.

Chrysanthemums carry more than one set of chromosomes and researchers at Fukui Prefectural University in Japan have used TALENS editing to knock out several genes in all loci to prevent functional overlap. This has had the added benefit of making the chrysanthemums sterile which will prevent the edited genes from escaping to wild relatives. Full Story

New world screw-worms are a particularly nasty pest that infect livestock in South America and researchers at the University of Cincinnati have sequenced the genome and plan to use this knowledge to devise ways to slash to populations by controlling the genes that determine sex and possibly even those that control behaviour. Full Story

A team from the Huazhong University in China have developed a variety of rice that is resistant to the stem borer attack by using RNAi expression technology. Control is not complete but it reduces the damage by 50-60% at the tillering stage and 50-74% at the heading stage. Full Story

It is widely known that global warming is leading to a rise in sea temperatures and that this is causing extensive death of coral colonies in e.g The Great Barrier reef. Now an international team has discovered that corals do have a heat-tolerance gene because, when they switch it off using CRISPR-Cas9 editing, the mortality rate in warm water is increased. Now they need to see if over-expression of his gene actually increases heat tolerance. Full Story

Whilst we all know that the Covid-19 virus originated in bats, a team at Temple University claim to have identified the original virus that caused the pandemic and from this knowledge hope to identify how it managed to jump the species barrier. Full Story

A team at Massachusetts University have identified the structure of the envelope protein E that is instrumental in how the virus replicates itself. Perhaps this offers a novel weak point that can be targeted by new control strategies. They already know of some drugs that weakly bind to this protein but need to find ones that bind more strongly for more effective control. Full Story

Junk DNA is not junk after all

DNA that has no obvious role has been termed ‘Junk DNA’ but now a study of fruit flies has discovered that perhaps it is there for a reason. They appear to be involved in stopping other genes in the genome from going rogue and causing havoc! This could mean that designing our own organisms from chemical blocks might be slightly more difficult than first thought. Full Story

Not all viruses are small

Viruses are known to be very small but now some giant virus genomes have been found in some algae that can actually be seen with a standard microscope. Some of the viruses occur is several different algal species and can form up to 10% of the algal genome. Full Story

Back in the 1940s in America farmers growing oats mostly grew varieties that were resistant to Crown Rust. However, they did not know that this very resistance made the plants susceptible to Victoria blight that produces the toxin Victorin. Now a team from Cornell and western Australia Universities have discovered the genes responsible for the toxin production. They are in the ribosome but occur at multiple sites across the pathogen genomes unlike the discrete compact clusters found in most fungal pathogens. Full Story