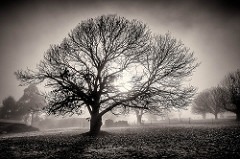 What do plants do at night?

Posted by Jim Orson, NIAB TAG and BCPC Board of Management 5 May 2017

Early March is the time for the Cambridge Science Festival. This is a great event and this year I attended 11 lectures over the fortnight. One was on how plants detect the time of the day and the season. It was fascinating but I do not think that I am sufficiently competent to report accurately the current scientific understanding.

Much of the research is done on the weed Arabidopsis thaliana (thale cress). It was the first plant to have its genome sequenced and is a popular tool for understanding the molecular biology of many plant traits, including flower development and light sensing. The lecturer showed a time graph of the growth of Arabidopsis and, to my complete surprise, it only grew in the dark.

I discussed this with my wife and she came to the conclusion that there are similarities between Arabidopsis and me. We both respire all the time but can do only one other task. In the case of the plant it is to photosynthesise during daylight hours and to grow at night.

After reading a few papers it seems that many broad-leaved plants largely or only grow at nights, something that both Charles Darwin and I have noted! The opposite may be mainly true for cereals and many grasses. I have to highlight that this is a complicated issue and there are no absolutes and, also, much depends on issues such as moisture supply and ambient temperatures.

The explanation for why warm nights are good for growth may be because they enable more plant respiration which provides the materials required for this process. However, the more I thought about the subject the more uncomfortable I became with the claim by some crop physiologists that warm nights during grain-fill of wheat encourage too much respiration of the plant’s reserves and therefore lower yields. I have unthinkingly repeated this statement in previous blogs, hence my decision to investigate further.

It seems the opposite is true and that warmer nights can encourage a faster rate of grain-fill. However, and it is a big however, in field experiments on both wheat and barley, the plots warmed only at night had lower yields because of reduced grain-fill i.e. smaller grains. This is because duration of grain-filling is determined principally by accumulated temperature (thermal time). In these experiments, any increase in the rate of grain-filling due to warmer nights was more than offset by the negative effects of the shorter grain-fill duration.

I have tested this explanation with a few simplistic models of grain-filling and typical day and night temperatures experienced in the UK in June. I used an average daily maximum of 22°C and an average daily minimum of 10°C. Just raising the daily minimum to 11°C reduced the duration of grain-fill by between 3 and 7% according to which model I used. The possible increase in rate of grain-fill from the warmer nights quoted in the literature suggests that this will not compensate for its shorter duration.

However, real life situations are more complicated. The same daily average temperature, which drives the duration of grain-fill, can be achieved by two contrasting weather patterns; warm sunny days with cool nights or cooler cloudy days with warmer nights. Of these two contrasting conditions, warm sunny days with cooler nights will provide higher yields due to more solar radiation being intercepted by the crop because, if the average temperatures are the same, the duration of grain-fill will be unaffected. This is providing that the crop has sufficient moisture and nutrients.

Field experiments again where field plots are only heated at night, suggest that warmer nights between the third node stage and mid-anthesis of wheat and barley have more impact on final yield than during grain-fill. In this case the lower yields were due to a reduction in the number of grains at harvest. Again, the duration of this critical period of the crop’s development is largely driven by thermal time.

Please accept that this is a rather simplistic description of some very complicated plant processes.