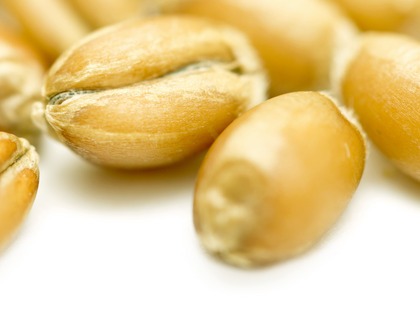 The story of a wheat grain

I am proud to be a wheat grain and even prouder to be produced in the UK.

This is because nearly every year the amount of wheat produced on a hectare of land in the UK ranks in the top four countries in the world. This means that the UK really does play its role in providing global food security with a crop that contributes around 20% of the world’s human calorific and protein intake.

You can only imagine my additional pride as I’ve just heard that I have been chosen to be seed for the next generation of winter wheat crops. I trust that the farmer who sows me will give me a good home, feed me and protect me from the ills that can reduce my contribution to society.

What is a good home?

It’s an appropriately cultivated soil that provides me with moisture and an environment where I can establish quickly and where my roots can grow unimpeded to find the sustenance I require. Farmers have always done their best in this respect but ideas about what this involves have changed over the years. Farmers are now cultivating the soil far less than two to three decades ago to be more efficient, to save fossil fuel use and to improve the soil environment in which I will be placed. In recent years, they have also reintroduced the centuries old practice of sowing cover crops. These are non-food crops planted in the autumn that are then destroyed in the spring prior to establishing spring-sown food crops. Their adoption further improves the soil environment whilst reducing soil erosion and nutrient leaching over the winter.  All these improvements in soil cultivations and management have been made more possible by the availability of glyphosate, who is a true friend. But, I don’t require these cover crops because I’m to be sown in the autumn, hopefully in October whilst the soil is warm. The farmer will aim to provide me with the right amount of space to grow so that, along with my neighbours, we can collectively thrive. I will soon germinate and establish a plant if all goes well.

Inevitably there are things in the natural world which will try and harm my fledgling plant. Weeds will try and strangle it and viruses spread by aphids will try to infect it. I trust that the farmer will protect my plant by the judicious use of herbicides and insecticides. Plant breeding to make wheat tolerate these viruses will soon result in this use of insecticides being unnecessary.

The plant I produce will grow slowly over the winter and produce side shoots called tillers, some of which will also bear a seed head full of the next generation of wheat grains. By spring it will be like a teenager and will be ravenous as it starts to grow quickly. The most important food is nitrogen. It really boosts the growth of leaves; nature’s solar panels. They trap the sun’s energy to produce food.

There is a lot of criticism of farmers feeding wheat with chemically-based nitrogen. Its production process inevitably involves using energy. Currently, this energy is from fossil fuels but in the future, it could well be from renewable electricity. However, the energy in the additional yield of wheat it produces far exceeds the energy needed to produce it. It depends on what assumptions are used but the energy in the extra grain is around eight to sixteen times higher than the energy required to make the appropriate amount of nitrogen. This calculation does not take into account all the additional plant material, such as straw, that is produced by applying chemical based nitrogen. This is returned to the soil after harvest and is converted to organic matter. Rather than be criticised as a user of energy, chemically based nitrogen should really be recognised as a facilitator of solar energy capture.

The major challenges to the health of wheat in the spring and summer are fungal diseases. This means that the farmer must dip into his medicine cabinet again and treat my plant and its neighbours with fungicides, again at judicious doses. Hopefully, by harvest my plant will have been well fed and protected and so can provide a healthy return to the farmer and to humanity.

Editor’s note: more about the wider impacts of nitrogen use in winter wheat in Orson’s Oracle: 1 World Agronomy

Jim Orson is a special adviser to NIAB, a Director of the Voluntary Initiative and on the BCPC Management Board. A farmer’s son, Jim has had an illustrious career in agriculture. With a degree in agriculture from the University of Reading, Jim joined ADAS in 1972, specialising in potatoes, sugar beet and cereals. In 1979 he moved to the Weed Research Organisation (WRO) providing technical liaison with farmers, advisers and commercial companies before becoming an ADAS agronomist specialising in weed control, sugar beet and organic farming. He rose through the ranks at ADAS, becoming National Cereal Specialist, then Research Centre Manager at Boxworth and finally Head of Cereals. In 1998 he took up the position of Director of the Morley Research Centre. In 2003, he was appointed Technical and Research Director of The Arable Group – the combined forces of Morley and Arable Research Centres, joining NIAB when TAG became part of the Institute in 2009.
Jim has served on numerous influential bodies, including the UK Government’s Advisory Committee for Releases into the Environment and the Scientific Steering Committee of the Field Scale Evaluation of GMs, the Advisory Committee on Pesticides and the Pesticides Forum. He has served on the Association of Applied Biologists (AAB)Council, The European Working Group of HRAC, and has been Chair of UK Weed Resistance Action Group.