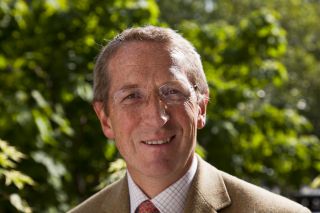 Precaution or innovation? You can have your cake and eat it!

In a plenary session at the end of Day 1 of the forthcoming BCPC Congress – European Regulatory Affairs: Precaution or innovation?Paul Leonard Chair of the Innovation Principle Task Force of the European Risk Forum, will explain the background and promotion of the ‘Innovation Principle’ and how it should be used alongside the ‘Precautionary Principle’.

Innovation is widely acknowledged by EU politicians and others to be critical for jobs and growth. It is at the heart of ‘Europe 2020’ – the Commission’s growth strategy for the EU. “There is no innovation without risk; policy based purely on risk or hazard avoidance is incompatible with technological innovation,” says Paul. “Removing or failing to adopt new technologies can also generate risks, but these are often ignored. Policies should seek to recognise, understand and quantify risk, but not to avoid it at all costs”.

“The crop production industry is at the cutting edge of innovation – and of societal and political debate about the role of scientific evidence and risk assessment in policy making.  But our future is being challenged by over-precautionary legislation – and we are far from alone,” says Paul. “This is a systematic threat to European business and competitiveness; other industries affected include: IT, electronics, chemicals, seed breeding, biotechnology, pharmaceuticals and consumer products. Their growth is fundamentally affected by the way in which regulators balance protection of human health and the environment with the need to stimulate innovation, jobs and growth”.

The intention of the ‘Innovation Principle’ – introduced in 2013 by theEuropean Risk Forum – was of ensuring that social and economic needs for both precaution andinnovation are recognised when considering legislation. It is intended to be a positive contribution to European policy making, complementary to, not competitive with, the ‘Precautionary Principle’.

There is increasing support, across a range of sectors, for adoption of the Principle. Actions taken in 2013 included proposing the use of the Principle to the EU Commission, Parliament and Council, from 12 CEOs in industries spending a total of €21Bn/year on innovative R&D.  Subsequently, the EU Council and more recently President-elect Jean Claude Juncker, acknowledged the negative impact of excessive red tape and regulation on innovation.

“We can all contribute to this process by stimulating informed debate about the need to embrace the ‘Innovation Principle’, says Paul. “Progress will not be easy, but by working together with other innovative industries, academics, stakeholders and policy makers, we can define a new and more productive landscape for European innovation.”

The BCPC Congress 2014 is organised by BCPC in association with TSGE Forum, with headline sponsor JSC International Limited. It ­will take place at the Hilton Metropole, Brighton, UK on 30 September – 1 October 2014.