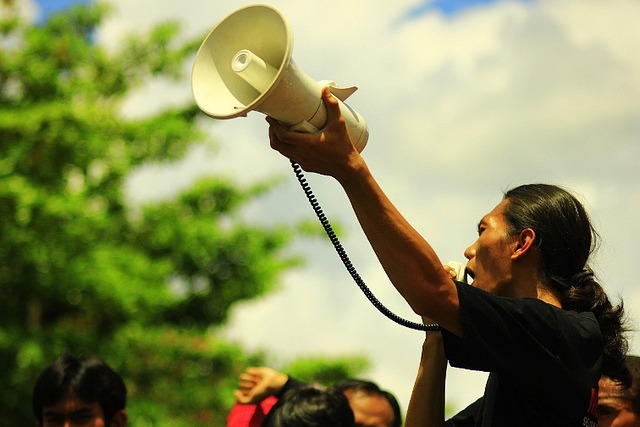 We have just returned from holiday and as the flight was on its descent into Stansted I witnessed a true cost of the failure to control black-grass effectively with herbicides. The spring barleys on the Essex clays did not look well. This is not surprising after a wet spring followed by the recent run of hot and dry weather. It is the kind of weather that many heavy land farmers have been dreading, but so far have avoided, having recently returned to spring drilled crops in order to break the black-grass growth cycle.

So it is clear: the inability to control pests, whether they are weeds or diseases or insects with crop protection products, can cost the farmer dearly and diminish food supplies. Despite this clear example, I read shortly after our return home that UN ‘experts’ have denounced statements that crop protection products are necessary to feed the world. The UN Human Rights Council has proclaimed that the idea that they are essential to feed a fast-growing global population is a myth (UN experts denounce ‘myth’ pesticides are necessary to feed the world – The Guardian). This is the same UN Human Rights Council that announced a few years back that Julian Assange’s time in the Ecuadorian Embassy in London amounted to “arbitrary detention”. This is on a par with the UN World Health Organization’s wish to appoint Robert Mugabe as a goodwill ambassador. It seems that UN committees are increasingly in the thrall of pressure groups.

The UN report on the “pesticide myth” was written by so-called food and pollution experts. However, they seem to have a funny view of the world. When discussing the very real issue of safe crop protection product use in countries which have undeveloped registration systems, they actually concluded that “the responsibility for protecting users and others throughout the pesticide life cycle and throughout the retail chain lies with the pesticide manufacturer”. This is comparable to saying that motor manufacturers have the sole responsibility for road safety in those countries with poorly developed traffic laws. Everyone can do better in increasing safe crop protection product use in some countries and this includes the UN. Luckily, some of the countries specifically mentioned in the report have now adopted GM Bt maize, soya or cotton which has resulted in a large reduction in the less than discriminate use of sprayed insecticides.

The report also praises the EU approach based on the so-called precautionary principle and criticises the USA for not adopting the same approach. I get the impression that many countries see that the role of the UN is to castigate western democracies, particularly the USA. That is by-the-by. The report says that US spray operators are insufficiently protected by regulations but does not acknowledge that surveys in the USA conclude that their spray operators are healthier than the average population. But…. why let facts get in the way of a good dig at the USA!

So where has the more precautionary approach got us in Europe? It nearly got glyphosate unnecessarily banned despite huge health surveys in the US showing that the occurrence of the cancer it is accused of causing is no higher amongst farmers and spray operators. Neonic seed dressings are banned. Chlorothalonil (e.g. Bravo) is currently under the cosh despite being around for 50 years with no concerns, as far as I know, over its responsible use. Not only is it a key part of UK spray programmes for the control of septoria in wheat but it also helps to manage resistance of this disease in other fungicide groups. Chlorothalonil is also absolutely essential for the control of ramularia in barley. Hence, the loss of this active substance would have a significant effect on barley yields and productivity in the UK, at least in the short to medium term.

Perhaps we have reached the tipping point. There have been large numbers of crop protection products withdrawn over the last few years but, on the whole, the industry has got by and maintained productivity. This may have given the impression to some that crop protection products are not necessary. Now, however, the loss of the neonic seed dressings and the possible loss of chlorothalonil will hurt everyone unless we can agree a way forward. Losses such as these will leave a gap in sustainable crop production until researchers and plant breeders can provide alternative control strategies. We really need as a society to agree on ways of ‘minding the gaps’. Sadly, this wish is perhaps way too naïve in today’s fragmented climate of rule by pressure groups.

The views and opinions expressed in this article are those of the author. They do not necessarily reflect the official policy or position of the British Crop Production Council.