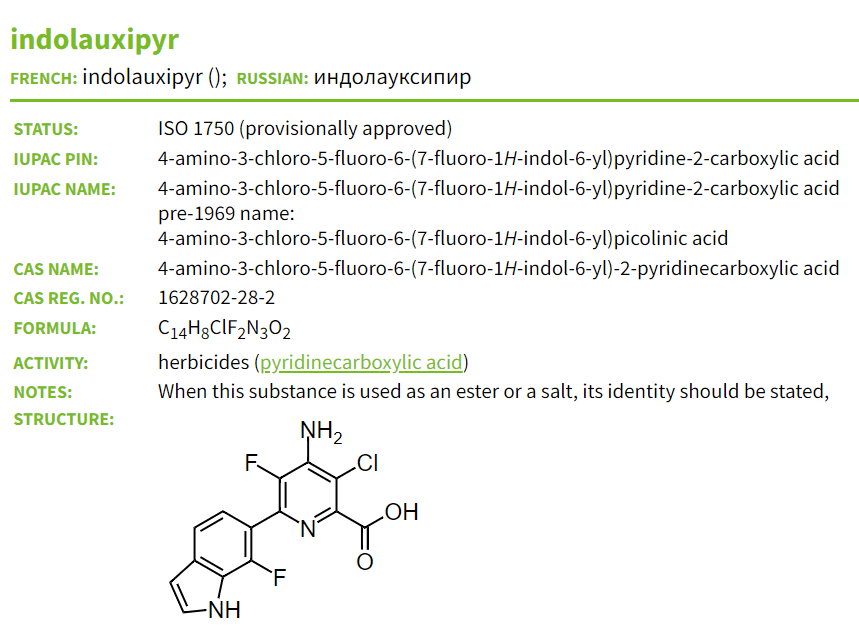 With a dedicated editor  and the online nature of the Pesticide Manual and the Compendium of Common Pesticide Names  both products will keep you abreast of all the essential data on new and existing pesticides. Below are the latest updates from December and January.

• ledprona – The first double-stranded ribonucleic acid designed specifically for use as an insecticide – from GreenLight Biosciences. Ledprona functions by a process known as RNA interference (RNAi) that prevents the production of a specific protein in the Colorado beetle (Leptinotarsa decemlineata). Ledprona is a large molecule containing 490 nucleotide base pairs.

• icafolin – First member of an apparently novel class of herbicides. The biomolecular target site of icafolin has not been reported.

• dimpropyridaz – Physical chemical, toxicological, ecotoxicological and other data have recently been added to The Pesticide Manual for dimpropyridaz, a new pesticide under evaluation by The Australian Pesticides and Veterinary Medicines Authority (APVMA) and other regulatory authorities for registration as an insecticide. Dimpropyridaz, a pyrazolecarboxamide with a novel mode of action apparently affecting chordotonal organs, is under development by BASF SE under the trademark name, Axalion.

News from the Pesticide Manual and Compendium of Pesticide Common Names

The Pesticide Classification scheme used in the Compendium of Pesticide Common Names has been updated. The new scheme is based on chemical structure and primarily on the systems developed by the Resistance Action Committees (RAC) and the Weed Science Society of America (WSSA). The new classification scheme is now consistent with that used in The Pesticide Manual and with the terms widely used in the literature. The RAC mode of action codes are also included in The Pesticide Manual.