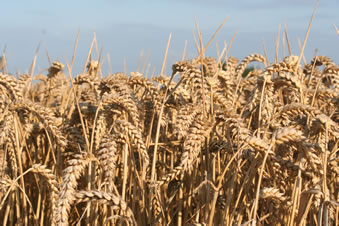 Given the many passionate claims both in favour of and against using conventional pesticides, how can fresh produce buyers avoid feeling overwhelmed? Produce Business UK investigates

The use of conventional pesticides in food production is a subject that has increasingly entered into the spotlight during the past few years – a fact that would not have gone unnoticed by the majority of people working in the fresh produce industry.

Few fruit and vegetable buyers would have missed, for instance, the period two years ago when a group of insecticides called neonicotinoids made headlines when the European Union imposed a temporary restriction on their use because of the harm they allegedly cause to bees.

And just this month (July, 2015), the herbicide glyphosate – a product that is used in farming but also in other markets such as domestic gardening – was brought to everyone’s attention when the International Agency for Research on Cancer (IARC) published its monograph in which glyphosate was classified as a “probable carcinogen”.

Claims such as these are undeniably concerning, so it’s understandable that conventional pesticides have come under much scrutiny in the media. But what sometimes may be less easy for fresh produce buyers – and, indeed, members of the public – to digest is the sheer volume of differing arguments on the use of these types of products by many credible organisations.

Glyphosate – a case in point

This month’s publication by the IARC of its conclusion that glyphosate is “probably carcinogenic to humans” led to a particularly vociferous response from many different industry groups.

Pesticides Action Network UK (PAN), which claims to “promote safe and sustainable alternatives to hazardous pesticides”, launched a campaign urging that the 223 glyphosate-containing products available in the UK for public use should be taken off retail shelves.

Meanwhile, the Soil Association, which campaigns for organic food and farming, called for a UK-wide ban on using glyphosate as a pre-harvest weed killer on UK wheat crops. It also called for a ban on its use to kill the crop to ripen it faster – and claimed that glyphosate is one of the three pesticides regularly found in the routine testing of British bread.

Unsurprisingly, an alternative point of view was presented by the Crop Protection Association (CPA). This particular organisation, which aims to promote the role that modern plant science plays in safeguarding our food supply – and whose members include many large chemical companies – branded the recent calls for regulatory action against the use of glyphosate as being “unfounded”.

It therefore issued a statement in which its CEO Nick von Westenholz said: “The IARC monographs programme evaluates cancer hazards but not the risks associated with exposure…. It is disappointing to see pressure groups misrepresenting the science in using this classification to promote their own agenda, whipping up concern amongst the public despite glyphosate’s excellent safety profile.”

“Listening” to the science

Dr Colin Ruscoe, chairman of the British Crop Production Council (BCPC), an independent organisation that promotes the science and practice of sustainable crop production, says those who may feel overwhelmed by the many different arguments should remember that governments both in the UK and abroad carry out rigorous, field-scale tests before approving any type of plant protection product (PPP).

He also agrees with the CPA that there is often confusion between the meanings of hazard and risk – and reminds us that government regulators are there to make sure that “whatever we indulge in is not dangerous”.

Ruscoe explains: “The glyphosate furore is a good example of the sorts of issues that come up with pesticides. IARC is a body that is there to assess where there is a hazard – whether it [a product] may cause cancer because it has that potential. But there’s confusion between hazard and risk. Risk means the likelihood that it [harm] will occur.

“The regulators come in and they say: ‘Right, what’s the likelihood of that occurring in practice? They carry out risk assessments and regulate that chemical on the basis of that risk assessment.”

BCPC’s chairman also points out that when it comes to the revelation that pesticide residues have been found to be present in bread samples (as they sometimes are in fresh produce), the residues found were below toxicity levels.

“Maximum Residue Levels (MRLs) are not toxicity safety limits – just a warning sign that people have not been using them [the pesticide products] according to their label,” he states. “They are a measure of what you would expect to find if proper good agricultural practice has been used.”

Nigel Jenny, chief executive of the Fresh Produce Consortium (FPC) – part of whose role is to offer advice on legislation and regulation relating to fresh produce – also emphasises the rigorous testing that is carried out on all PPPs.

He says: “Our position is not a view – it’s a position based on science. We would encourage and expect producers to adopt the appropriate legislation for the country in which they are growing crops in and/or for. In the UK, there are government agencies that conduct rigorous testing and that advise people how, when and in what conditions they can use these products.”

Jenny asserts that despite the fact that there are many different campaigns relating to conventional pesticides, public concern about them is relatively modest compared with many other issues.

“Potentially, we may not be giving consumers the credit they deserve,” he points out. “Many of them are fully aware of the rigorous tests that go on. I think the industry has done a great job of getting the message across to consumers that [plant protection] products are used responsibly.”

So perhaps, during periods when there is a seeming bombardment of differing information on pesticides, fresh produce buyers and their suppliers can feel reassured that the government has rigorous safety processes in place. They can also feel reassured that members of the public generally have both confidence in these processes and the means to form their own, well-balanced opinions.