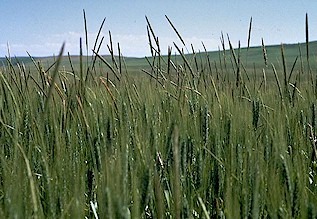 15th December 2017
print
Posted by Jim Orson, NIAB TAG and BCPC Board of Management 15 November 2017
I have regularly been asked whether black-grass has changed its field characteristics over the last 30-40 years. I have always given the same answer, an authorative “I dunno”. However, some recently published papers have suggested that the development of herbicide resistance may have had an impact on, for example, seedling emergence.

Resistance occurs by herbicides selecting plants with a mutant gene or genes that enable it to survive their application. Put simply, the predominant members of a population die as a result of herbicide application but a few individuals that have the mutant gene(s) will survive. Experience suggests that in black-grass such plants initially represented an incredibly small proportion of the population, perhaps one in 10-20 million.

Classically, resistant plants are less “fit” to survive, unless the herbicides to which they are resistant are used. This “fitness cost” may express itself in many ways, such as the ability to germinate and/or emerge or the size of the mature plant. This is perfectly logical because these resistant plants would not represent merely a tiny minority of the original population if they were as “fit” as the herbicide susceptible plants. Their only “fitness” benefit is likely to be the ability to survive the application of one or more herbicides.

A recent paper in Weed Science written by researchers in Denmark shows that the seeds from the non-target site resistant plants in a subpopulation of black-grass are less likely to emerge than those from the susceptible plants. The cooler the conditions and the deeper the depth of burial, the greater the reduction in emergence. This is a classical fitness penalty; the more hostile the conditions the greater the impact on some aspects of the life cycle of the plant.

Hence, this research indicates that the later the drilling in the autumn and the deeper the cultivations may have an increasingly negative impact on the emergence of seeds shed from the resistant plants when compared to seeds from the susceptible plants in the same population. This in turn may mean that such cultural control measures will now be more effective in reducing populations rather than when the original trials were done 30-40 years ago. It also suggests that early drilling and shallow tillage is likely to increase the proportion of non-target site resistant individuals in a population; this is provided that there are still viable seeds from susceptible plants remaining in the soil!

A few caveats before I get carried away. The subpopulation in this research was grown from seed harvested in one field. As we know, non-target site resistance is a variable feast and so these results may not represent all sites where this form of resistance occurs. On the other hand, there is typically a fitness cost to resistance. However, this is not always clear. A few years ago the implications of two mutations that confer target site resistance to the ‘fops’ and ‘dims’ in black-grass were studied. One mutation conferred increased dormancy, seedling vigour and seedling tolerance to environmental stresses whilst the impact of the other mutation was largely the opposite.

It is not all good news on the fitness costs of resistance. The same Danish group (Frontiers in Plant Science, November 2017) found that within the same subpopulation, the non-target site resistant plants had the same sized mature plants, the same number of tillers/plant and the same number of seed shed/plant as the susceptible plants. This suggests that if only herbicides to which there was no resistance were used, it would take decades or longer before susceptible plants would eventually become very dominant members of this subpopulation. So, do not hold your breath!

It seems that there must have been changes in the black-grass life cycle over the last 30-40 years due, if nothing else, to the development of resistance. The problem is that non-target resistance can involve a few mutated genes and target site resistance more than one mutated genes. Perhaps a simple pot experiment will indicate the likely extent of the changes. It is complicated but I can now say “I dunno” with even more authority.