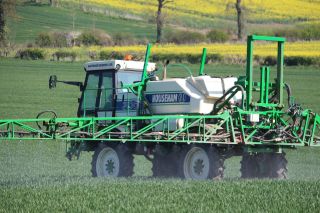 share this article
Keep up-to-date with our FREE Newslink service
Get all the latest from the world of crop protection, agriculture, bioindustry and the environment, direct to your inbox
Sign up now

The UK has often been a lonely voice arguing for better science-based regulation in the EU. Brussels, on the other hand, has tended to take the politically-expedient – but innovation-stifling – route of defaulting to the “Precautionary Principle” when difficult risk-benefit decisions are required.

“New agrochemical approvals involve simplistic hazard-based ‘cut-off’ limits based e.g. on intrinsic toxicity, ignoring exposure and risk-assessment,” explains Dr. Colin Ruscoe, President of BCPC. “This approach was reinforced in June this year when the EU Commission advocated hazard-assessment rather than risk-assessment to identify endocrine disruptors. The consequence of this will be the removal of many important – and safe-in-use – chemicals.”

The Brexit campaign promised that by leaving the EU, we can reduce regulations, save or re-apportion current EU contributions and ‘take back control’. These aspirations may be realised – eventually.  In the meantime a huge effort will be required to agree our divorce settlement, and the associated mountain of legislative changes means it will be easier for Government Departments to cut-and-paste existing EU Regulations and Directives into UK Law and Policy.

Brexit will provide a unique opportunity for the UK to base its regulatory approaches to crop protection chemicals on robust risk assessment, like the US EPA and FDA. This can provide win/wins for food production, human health and the environment – and economic benefit.  Take, for example, the 1980 EU Drinking Water Directive. This requires a maximum individual pesticide concentration of 0.1 μg/l – but this has no toxicological basis; it was simply the limit of detection back in 1980. As a result, millions of pounds are spent each year in removing innocuous chemicals from drinking water, and the use of important agrochemicals – such as metaldehyde – of negligible human or aquatic ecosystem risk, are restricted. There have been huge advances in toxicological assessment since 1980 that make risk-assessment approaches, e.g. WHO Guideline Value methodology, entirely appropriate for safeguarding our drinking water.

“We must maintain the highest standards of water quality but we need to do this intelligently,” advises Dr. Ruscoe.  “Many involved in food production – the UK’s biggest manufacturing industry – see more downsides than upsides in Brexit. Taking immediate opportunities to develop new food and farming legislation and directives – based on science not political expediency – would be a sign that the Government will deliver benefits from Brexit.”

This year’s BCPC Congress on 4-5 October, will take a look at the impact of Brexit on the agricultural and regulatory environment. For further information visit: bcpccongress.com.