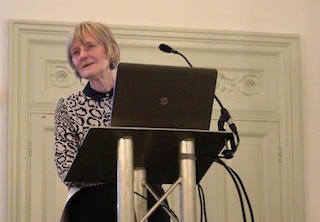 BCPC Congress concludes that over-precaution in regulation is threatening innovation

The clear message from the BCPC Congress in Brighton last week, on the theme “EU Regulatory Affairs – Precaution or Innovation?” was that the way the Precautionary Principle is being used in implementing the current Plant Protection Product regulation (1107/2009) threatens EU innovation in the crop production sector. “Speakers and delegates were very clear,” said BCPC Chairman, Dr. Colin Ruscoe. “The escalating demands – and particularly the uncertain outcomes – of the application of the current regulations are a disincentive to innovation in EU crop protection technology, and so agricultural productivity. Attention has inevitably shifted to other regions such as North America, with their clearer, less politicised regulatory processes based on sound scientific risk-assessment”.

Discussion at the conclusion of the Congress stressed that political influences on the EU regulatory regime are damaging agricultural innovation and the ability of our farmers to compete in a global marketplace. Prof. Joyce Tait, Director of the ESRC Innogen Institute at Edinburgh University, had earlier highlighted the recent political agreement to allow EU Member States to prohibit cultivation of GMOs on their territory without any scientific evidence for such decisions. “Presenters over the last two days have demonstrated a constructive approach to working with the legislation, but have also recognised the costs, in terms of innovation lost through compliance. It has become clear that we are dealing with a dysfunctional, excessively complex system that cannot be justified on grounds of delivering greater safety or environmental benefits and needs radical revision,” she said.

Sarah Shore, Head of Biocides, Pesticides and the Environment at the UK Chemicals Regulation Directorate (CRD), felt strongly that the process of implementing 1107 can override sound science. “Operating with the current EU legislation can be challenging. The UK is pressing for the review of 1107 that the Commission is required to undertake,” she said.

As the Congress progressed, it became clear that there was strong support for a return to a regulatory approach based on risk-assessment, and one which ensures that economic as well as social factors are properly taken into account.

“The message from the event was that over-precautionary EU legislation isgoing to affect innovation in crop production. This at a time when arable productivity has plateaued, yet climate and price volatility, plus new pest weed and disease pressures, all increase the importance of a strong and resilient agricultural sector ” says Dr Ruscoe. “We urgently need a reformed regime, in which regulators can use scientific risk-assessment to protect human health and the environment, without prejudicing innovation in crop production – and with it, EU economic growth and competitiveness”.

The BCPC Congress 2015, organised by BCPC in association with TSGE Forum, ­will take place at the Hilton Metropole, Brighton, UK on 6 – 7 October 2015.