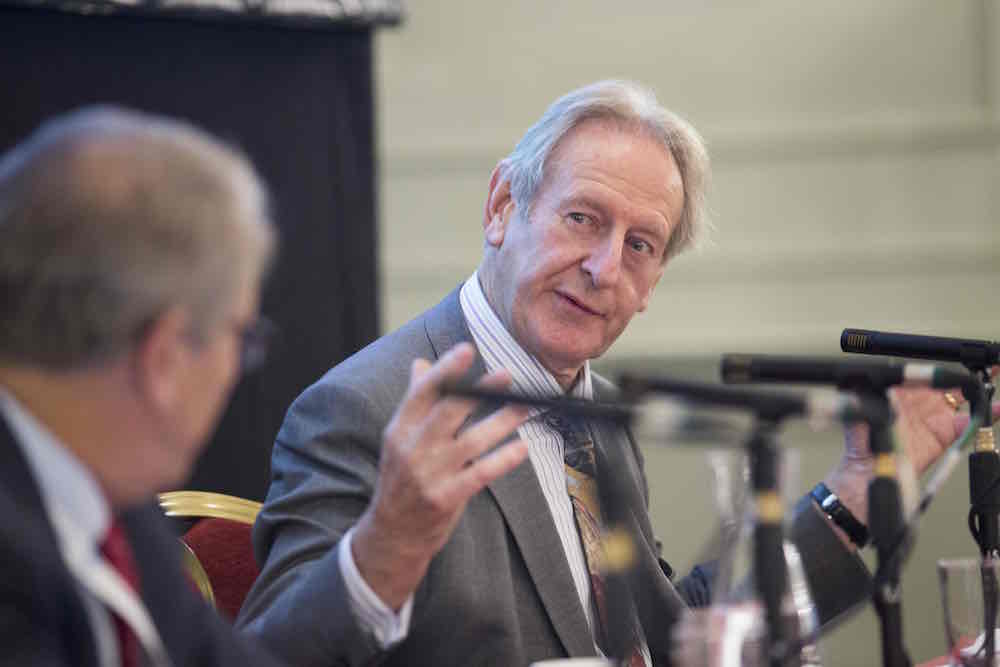 Report by James Gordon-Hall for BCPC
Agriculture needs to raise its game, both in terms of productivity and competitiveness, according to Lord Curry addressing this year’s BCPC Congress in Brighton. In what was a forthright perspective on whether regulations are a help or a hindrance to the industry, he agreed that regulation for crop protection was essential, with Voluntary Initiatives also making a valuable contribution towards creating a balanced approach between consumers, food security, society and the environment. “Applying new knowledge is vital, as UK agriculture comes to terms with the challenges not just of Brexit, but of the wider implications of focusing on the health of the nation, its workforce and sustainability,” said Lord Curry. “Fusion of interests are essential to arrive at the right destination. Producing healthy, wholesome food, improving productivity, and investing in the skills needed to ensure agriculture moves to a new level, are vital ingredients in the UK becoming more competitive”.

Lord Curry was concerned that agriculture might well be some way down the list of priorities in terms of Brexit negotiations, despite the significance of AgriFood to the nation. “Its poor ranking could leave agriculture without a strong voice, as negotiations proceed towards 2019,” he said. “The industry needs appropriate regulations, without being overburdened.” It must also look beyond purely Defra’s remit and consider the wider perspectives.

“Having two 25-year Strategic Plans is the wrong approach – there needs to be cohesion and co-ordination between the needs and expectations of all stakeholders,” he said.  Emphasising the need to improve public perception of the role of farming, Lord Curry hoped to see the emphasis be much more on stewardship of the countryside, rather than farmers merely being seen as receiving subsidies. “Agriculture needs to encouraged to deliver real benefits, with a more flexible approach being given to the different environmental issues faced on a regional basis. To think ‘One size fits all’ would be inappropriate,” he warned. “As custodians of the countryside and protectors of the environment, the role of agriculture delivering “Natural Capital” needs to be better defined, and better understood.”

As an integral part of making this progression, Lord Curry wants UK agriculture to become ‘more professional’ in its approach, and develop national standards of competency that support its workforce to meet these challenges, and for individuals to have a clearer view of their career potential in the industry. Continuing Professional Development (CPD) is perhaps not a topic usually mentioned that much in agriculture, he said, but it is something that needs to be strengthened in the industry to ensure people are up-to-date with latest regulations and technology, and can benefit from shared knowledge and new ideas. The new National Land Based College (NLBC) launched in May this year, is intended to help unite the industry in pursuing this goal, emphasising the swiftly changing nature and increasingly demands facing farmers and agriculture in general. NLBC is quoted as saying “Our food and farming industry generates over £100 billion for the UK economy, and employs one in eight people”. As Chairman of the NLBC’s Board of Directors, Lord Curry talked of, “unlocking the economic potential of the land based sector, while offering clear paths for career progression and equipping young people to capitalise on the exciting opportunities that exist”. He strongly emphasised the need for the industry to attract the best talent, and for the right education to be in place, coherent, and recognised, both Nationally and Internationally.

An address that covered far ranging elements, from Brexit and GM crops to Stewardship and CPD, Lord Curry gave delegates at the Congress an insight into some of the real challenges facing negotiators in trying to gain the best terms for farming to operate, while making a clear case for developing a highly professional and skilled workforce. Refreshingly candid, his reflections on the declining self-sufficiency of UK agriculture gave an impetus for the need for farmers and agriculture to grasp this opportunity, and be heard, while at the same time, be prepared.