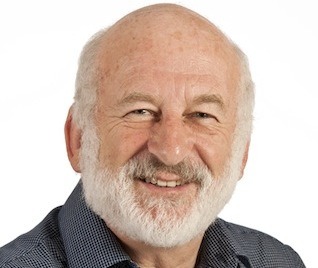 BCPC Chairman, Dr Colin Ruscoe has announced the appointment of three additional Trustees to the BCPC Board.

“I am really delighted that Tom Bals, Stephen Howe and John Pickett, have agreed to participate actively in BCPC’s governance and join the BCPC Board of Trustees,” says Dr Ruscoe. “They are three distinguished individuals, with a great wealth of knowledge and experience in the crop production industry, representing very diverse aspects of BCPC’s range of activities.”

Tom Bals is chairman of Micron Sprayers Limited, a UK-based company with global sales. He has over 30 years experience developing and commercialising innovative application equipment. Stephen Howe, a practising farmer and chairman of the Guild of Agricultural Journalists has worked for many years in agricultural publishing, including as Editor of Farmers Weekly. Prof. John Pickett is the Michael Elliott Distinguished Research Fellow at Rothamsted Research. He leads research into Chemical Ecology and is involved in many other research activities internationally. John also provides advice to BCPC on the content of its major publications, such as The Pesticide Manual and The Manual of Biocontrol Agents.

Stephen Howe is a Fellow of the Royal Agricultural Societies and became a Trustee of the Royal Agricultural Society of England in 2009, serving on the Society’s Journal and Practice with Science Advisory Panels. He is Chairman of the British Guild of Agricultural Journalists’ Charitable Trust. He is a practising farmer. Stephen worked in the Reed Farmers Publishing Group including as Editor of Farmers Weekly and associate publisher of the Group’s portfolio of titles including its on-line site; Crops,Poultry World, and Farmland Market. He is a past Chairman of the Guild of Agricultural Journalists, a Fellow of the Guild and recipient of the Netherthorpe Trophy for outstanding services to agricultural journalism. He is a former governor of the Institute for Grassland and Environmental Research and of the NFYFC.

John Pickett CBE, DSC, FRS is the Michael Elliott Distinguished Research Fellow at Rothamsted Research. In addition to this new role, he leads research into Chemical Ecology and is involved in many other research activities internationally. He has held the posts of Head of the Insecticides and Fungicides Department and Scientific Director of the Rothamsted Centre for Sustainable Pest and Disease Management. He has over 480 publications and patents.

John’s contributions to the field of chemical ecology have been acknowledged by many international awards. These include: the 1995 Rank Prize for Nutrition and Crop Husbandry, election to Fellowship of the Royal Society in 1996, International Society of Chemical Ecology Medal 2002, appointment to CBE for services to Biological Chemistry in 2004 and the Wolf Foundation Prize in Agriculture. He has given the Royal Society’s The Croonian Prize Lecture and the Cornell University Lecture. He was awarded a Certificate of Distinction at the XXIV International Congress of Entomology in Korea. In 2014 John will take over as the President-Elect of the Royal Entomological Society.