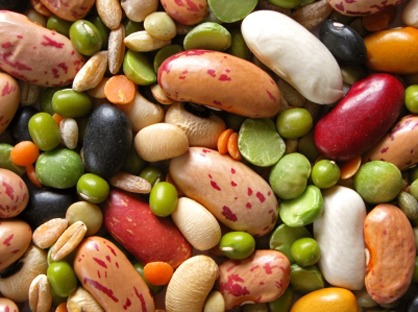 Posted by Jim Orson, NIAB TAG and BCPC Board of Management 17 November 2017
My wife and I recently attended the screening of the film “Food Evolution”, which was funded by the Institute of Food Technologists. It graphically details the objections to GM food and also the people who are promulgating the scares. One amazing scare story that I have not heard before is that GM food affects your immune system which protects you from infections such as HIV?!

Mark Twain’s famous quote “It is easier to fool people than convince them that they have been fooled” is the first image of the film and sets the scene. It is illuminating how the scare stories are debunked in the film and also to hear that some leading objectors to GM foods in the US have shops on their websites selling ‘healthy’ foods.

One negative story about GM, which Prince Charles frequently quotes, is that buying GM seed has increased farmer debt in India and resulted in suicides. Each suicide is a huge tragedy but the suicide rate amongst Indian farmers did not increase after the introduction of GM crops in India. Sadly, it has long been at current levels.

Going back to Mark Twain, the scare stories have convinced many that GM food production and consumption is damaging both to the environment and their health. Getting them to accept that they have been severely misled is a major challenge. As one journalist asks in the film “when was the last time you changed your mind on a major issue?”. This simple question encapsulates the enormity of the task of convincing consumers that GM is safe.

In the panel discussion after the film it was agreed that the way forward is to quote the examples of successful niche uses that have been introduced by non-commercially funded researchers, rather than corporations, into a society that has a background of unease over GM technology. One of the prime examples used in the film is GM rainbow papaya that saved production in Hawaii from a virus and another concerned bananas threatened by a wilt disease in Uganda. These two cases have gained acceptance by the legislators and consumers and could open the gates to other uses of the technology.

The film was screened at a meeting of the University of Cambridge’s Global Food Security Initiative. I estimated that there were around 150 people present and if there was anyone present who objected to GM technology, they kept very quiet. This I think is illuminating in itself. Over the last ten years or so academia has not only become more accepting of GM technology and other modern biotech breeding methods but also of ‘intensive farming’. Most now agree that organic farming would use up too much land in order to feed people and hence would be environmentally disastrous. I hope that the media will eventually see this issue more objectively. At the moment they appear to accept lamely that all the world’s ills are due to ‘intensive farming’.

However, having said that, a paper in this week’s Nature Communications suggests that organic production could feed the world in the future but would require 16 – 33% more land or that the current cropped area would be sufficient if food waste is reduced by 50%. Also land that can grow arable crops should not grow crops for animal feed. This is a repeat of a story that is at least twenty years old and it still sounds far too good to be true. Mind you, even if these suppositions are correct, just think of the land potentially spared from conventional crop production if demand is similarly reduced by cutting waste and by not growing arable crops for animal feed. This spared land could be specifically managed to meet environmental objectives. It would be a veritable seventh heaven for many conservation organisations.