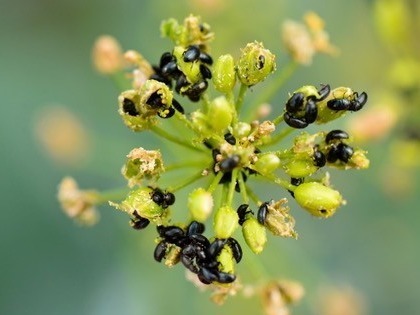 Just to remind everyone, economic thresholds are when the return from a pesticide input is higher than the cost of it and its application. Their adoption is not relevant to weeds because of the long-term nature of their control.

However, I did say in the blog that economic thresholds are relevant to some insect pests and I also suggested that farmers are already practising IPM. After all, why spend money on a pesticide when it is not necessary or there is a cheaper reliable alternative?

Thanks to the Pesticide Usage Survey Team at Fera Science, I was able to abstract the following data from their biennial surveys of arable crops.

Explaining the reduction of spring insecticide use in oilseed rape

The data in the table must be treated with some caution because in the survey the reason for spraying was declared on only 51% of occasions and I have had to assume that this was true for all applications.  However, the calculated significant downward trend in the percent of the crop area sprayed with insecticides to control pollen or the pod midge/seed weevil complex is confirmed by the dates of application, which are recorded on every occasion. Insecticides to control pollen beetle and the pod midge/seed weevil complex are applied in March-May.

There are other complications when accepting this data at absolute face value.  There could have been a trend towards lower pollen beetle numbers over the same period but I can find no evidence of that.

Despite the dramatic fall in the proportion of crops treated with insecticides in the spring, the table shows that the average total number of insecticide applications per crop remained much the same. This is because autumn/winter applications increased, particularly in some part of England. This increase was no doubt due to the additional efforts of farmers to control cabbage stem flea beetle, particularly after the withdrawal of the neonic seed dressings for sowings in the autumn of 2014 onwards.

Could it be that the increase in autumn/winter spraying caused a dramatic reduction in pollen beetle in the spring?  I have consulted with leading entomologists and they say this would not happen.

It is also worth noting that the survey measured a shift in the distribution of oilseed rape across the United Kingdom but this cannot not really explain the major fall in spring spraying of the crop. The final issue that may have influenced the area of the crop treated with insecticides in the spring is the development over the last couple of decades of pollen beetle resistance to the pyrethroid insecticides.

However, alternative but admittedly more expensive insecticides have been available for the control of this pest. Perhaps resistance in pollen beetle to the pyrethroids signposted to farmers that they should take more care in deciding if they should treat this pest. On the other hand, the percentage of the crop area treated for pod midge and seed weevils witnessed a similar reduction, despite insecticide resistance not being recorded in these species.Hence, whilst being unable to produce precise data, it is absolutely clear that farmers have increasingly adopted an IPM approach to managing pollen beetle and the pod midge/seed weevil complex. AHDB have invested in the development of thresholds for both pests. I am sure that these thresholds have given comfort to those taking the decisions in the field.

However, I think that the game-changer is that farmers accepted the research findings that pollen beetles do not damage flowers once they have opened, leading to the terror of this pest being largely expunged. Such simple science-based messages are worth their weight in gold.

I am sure that farmers are also adopting an IPM approach for some other insect pests, such as grain aphids and orange blossom midge.  The problem is that the Pesticides Usage Survey records the area sprayed to control these insects but is unable to record the area infested. Hence, I cannot do a similar calculation for these pests. Remember, pollen beetle occurs in every crop of rape.

Contribution of plant breeding to IPM

Further reductions can easily be envisaged in the autumn and winter spraying of insecticides in oilseed rape because of the development of resistant varieties to the aphid transmitted Turnip Yellows Virus (TuYV). Also, Sclerotinia tolerance or resistance is in the late stage of development and that may well result in a significant reduction in fungicide use in the spring.

The future is also looking brighter for a reduction in fungicide and insecticide use in cereals. There is now one wheat variety on the AHDB Recommended List which has tolerance to Barley Yellows Dwarf Virus whose control up to now has required a neonic seed dressing (when they were available) or autumn application(s) of an insecticide.

There are similar tolerances nearing the market for barley. In addition, there are now wheat varieties on the AHDB recommended list with resistance levels to the main disease Septoria tritici that were undreamt of just a few years ago. This disease has a strong influence on the quantity of fungicides employed in wheat.

Let the spirit of innovation flourish

With such progress being made, it would be wise for the National Action Plan to acknowledge this fact. Farmers want to reduce their costs whilst retaining or increasing their yields. All the vibes are that farmers aspire to do more.

I have never experienced such a period of enterprise across the whole industry in my fifty-year career in agriculture.  It would be a great pity if this spirit of innovation were to be knocked on the head by the crude bludgeon of a penal pesticide reduction target.