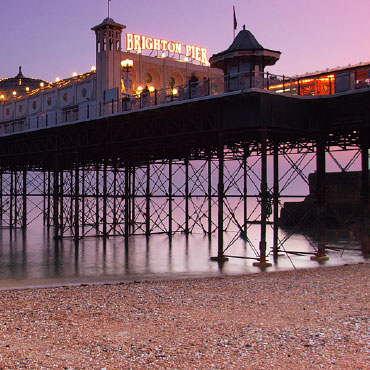 In the USA there is a legal definition “when an activity causes some threat or harm to the public or the environment, general precautionary measures should be taken. When a scientific investigation proves that there is a possible risk in doing some activity, then this principle should be applied”. I interpret this to mean that, in this case, risk assessment is part of the precautionary principle. Risk assessment of pesticides involves quantifying the known risks in order to prevent harm to humans and the environment. However, it is not always possible to quantify all the risks and so, in the meantime, it can be argued that there may be a role for risk prevention.

Prior to the EC 1107/2009 the registration of pesticides was based on risk assessment. Safety factors for the impact on human health were (and still are) at least 100 fold, which I would argue is a very precautionary approach to risk assessment. However, EC 1107/2009 introduced the risk prevention approach of hazard cut-offs. Those active substances that are deemed to be carcinogenic, mutagenic, a reproductive toxicant (“CMR”), a persistent organic pollutant (“POP”), a persistent bio-accumulative toxic substance (“PBT”) or a very persistent and very bio-accumulative substance (“vPvB”) will not be approved unless there is negligible exposure in which case they may be approved under restricted conditions. Reassuringly, this sounds as if some form of risk assessment can be carried out rather than have an outright ban based on risk prevention.

These hazards were taken into account in the risk assessments under previous registration regime and surveys of UK sprayer operators, i.e. those most exposed to pesticides, suggest that this approach was robust. Hence, in this case, hazard cut-offs, deemed to be necessary under the precautionary principle, seem to be both unnecessary and also do not meet the understanding that such an approach is necessary only when a reliable risk assessment cannot be carried out.

Then there is the issue of endocrine disruptors i.e. those chemicals that can affect the hormone systems of humans and organisms in the wider environment. As many will know, the concern is that including endocrine disruption in the EU pesticide legislation could potentially remove a raft of key pesticides, including some or all of the triazole fungicides.

It is claimed that endocrine disruption could cause significant human health and environmental impacts. Strictly speaking, the current EU legislation for plant protection products does not include endocrine disruption in the hazard cut-offs. However, and similar to the listed hazard cut-off, it says that active substances which are endocrine disruptors will not be approved, unless there is negligible exposure. In this case they may be approved under restricted conditions. This again sounds as if some form of risk assessment can be carried out in certain circumstances. Unfortunately the mode of action of some insecticides is the disruption of the target insect’s endocrine system. Fortunately, it is acknowledged that some insecticides which have endocrine activity that affects target arthropods (e.g. insects) do not affect vertebrates. These insecticides will be subjected to a specific risk assessment and approved only if there are no unacceptable effects on non-target organisms. Last week the EU ministers adopted the European Commission’s draft criteria for endocrine disruptors in plant protection products. These will replace the interim criteria that have been used over the last two or three years.

It seems to me that the hazard cut-offs in the current EU Pesticide Regulations, which do not include endocrine disruption, are not necessary because the risks can be quantified. Hence, a risk assessment approach rather than risk prevention is appropriate. I am very much not alone in this belief. A review of EC 1107/2009 is being carried out and could result in changes over time. However, Brexit means that pesticide legislation specific to the UK may or may not be just around the corner. The first day of the BCPC Brighton Congress on pesticide regulation is on 31st October. The introductory speaker is George Eustice, Minister of State Defra offering the Government’s latest thinking on the outlook for the industry. Details of the whole conference can be found on www.bcpccongress.org. Those wishing to attend just the first morning (and lunch) at a discounted rate should email or ring Julian Westaway on 07710 556382.