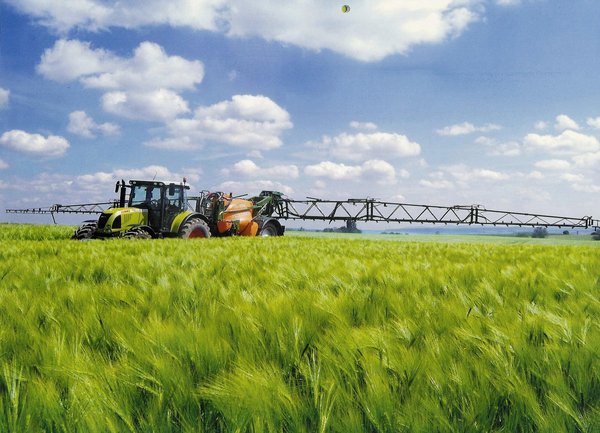 We have recently been to see the stage show Tina…

It is about the life of Tina Turner and what a life it has been – and what a show! We actually saw Ike and Tina Turner in the late 1960s when they performed at the University of Reading. It was a little underwhelming because they just stood in front of the stage curtains and sang to a backing soundtrack. Even then, Ike was known for his stinginess and we were, sadly, not surprised that he would not pay for a live backing band.

Agricultural production and attitudes to the methods we now use have changed radically since then. There is once again much discussion on Integrated Pest Management (IPM). This is partly because CRD (the Chemicals Regulation Division of HSE) is reviewing the UK National Action Plan for pesticides.

This table is reproduced here by kind permission of AHDB

In addition, there is a desire by everyone to reduce pesticide use. Farmers won’t spend money on them if they’re not necessary or can be economically avoided and many in society are uncomfortable about their use. After saying that, according to recent prompted surveys by AHDB, consumers are currently more concerned about plastic use and food waste through the food chain, and the impact of food production on climate change.

These and other surveys remind us that the industry needs to think far wider than just IPM when responding to the concerns of consumers. I have been thinking about this and have come up with a package that might demonstrate the true value of today’s agronomy methods. Calling it conventional agronomy does not convey its value to society. I would rather rebrand the best of conventional agronomy to something like 1World Agronomy.

What can 1World Agronomy deliver?

Plastic reduction in the food chain is now a major objective for consumers. Much of this plastic use is beyond the control of farmers. However, there is plastic used on farms, sometimes for protecting crops. There is never a worse sight than plastic trapped in hedges and fences or left in an uncontrolled manner on-farm. All the plastic used should be collected and disposed of in an acceptable manner and not left in full view of the public.

Pesticides in food and water

The perceived downsides for conventional farming are pesticide residues in food and pesticides in water. The Government monitors pesticides in food and the results are freely available on the web. It is a very transparent process. There is a significantly lower proportion of instances of residues in UK produced food than in imported food and the levels that do occur are not deemed to be a risk to health. In fact, a recent Danish study concluded that pesticide residues in food are as risky to human health as drinking one glass of wine every seven years!

The industry has made real progress in reducing levels of pesticides in water through adopting measures introduced by the Voluntary Initiative (VI). This has aided water companies by reducing the direct and indirect costs of removing pesticides from domestic supplies in order to meet the stringent standards of the Drinking Water Directive. There is more to do in order to reduce further pesticide movement to water, such as using information technology to improve guidance on the location and width of buffer strips in individual fields.

New technologies will also help in further reducing pesticide use. For instance, it is now becoming feasible to measure, almost instantly, insecticide resistance in the field. This may provide, for example, an answer to the current conundrum of whether it is worth spraying a pyrethroid to control cabbage stem flea beetle in oilseed rape. There are other technologies being developed which may lead to further reductions in inputs.

The good news is that a high proportion of conventional farmers in the UK already meet the standards to qualify for 1World Agronomy status. Great care is taken with pesticide and fertiliser use and there is the continuing fixation with soil care, which now includes the widespread adoption of cover crops.

So why not rebrand conventional arable production in order to enlighten consumers on how it meets their aspirations? The name 1World demonstrates our commitment to minimising greenhouse gas generation in food production and we are playing our part in international food security as well as meeting wider consumer concerns. UK arable production has a great narrative to tell, so why not present it in a way that the consumer will understand? As Tina Turner would sing, it is Simply the Best.